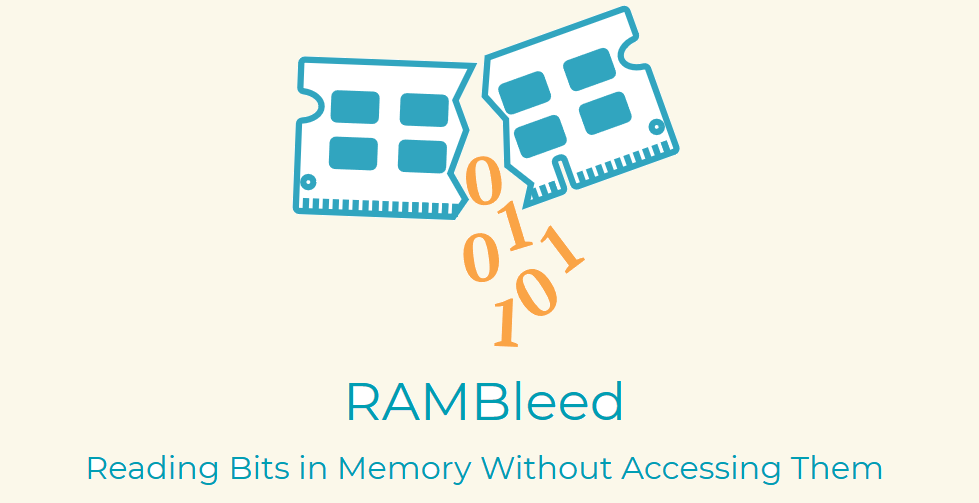 A team of security researcher from various universities have published their research paper where they have disclosed a new type of side-channel attack named "RAMBleed" on Dynamic Random-access memory (DRAM) that can be used to obtain potentially sensitive data from a device’s memory.

But in RAMBleed technique its little different, as RAMBleed uses Rowhammer as a read side-channel and it does not require persistent bit flips, allowing it to bypass ECC.

On describing the RAMBleed researcher says-


“Rowhammer induced bit flips are data dependent, i.e. a bit is more likely to flip when the bits above and below it have the opposite charge. This creates a data-dependent side channel, wherein an attacker can deduce the values of bits in nearby rows by observing bit flips in her own memory rows. Finally, as the data in nearby rows might belong to a different process, this leakage breaks the isolation boundaries enforced by the operating system,”

In proof-of-concept of RAMBleed researcher have shown the attack on OpenSSH which leads to leaking a 2048-bit RSA key. RAMBleed attacks mainly work against devices that use DDR3 and DDR4 memory modules.

At the meantime, researcher didn't found any evidence that RAMBleed has been exploited in wild, but they made a warning note that commercial security software is unlikely to be able to detect these types of attacks.

As far for the its mitigation, researcher recommends upgrading memory modules to DDR4 with Targeted Row Refresh (TRR) enabled, this feature does not completely block Rowhammer attacks, but it does make them more difficult to carry out in practice.

Currently, Oracle has already released an security advisory for RAMBleed, where they mentioned that they have patched their servers and other infrastructure by guided mitigations.