PUBG Mobile - Reminders and Upcoming Features on Next Update

Here is the Health Reminders and Upcoming updates on next version of PUBG mobile
In this post, I will discuss all the notifications or reminders along with some of the upcoming updates that I have got last night.
Last night while playing the PUBG game I got a couple of reminders before I started my match. One of the reminders I got was the title 'Health Reminder'. 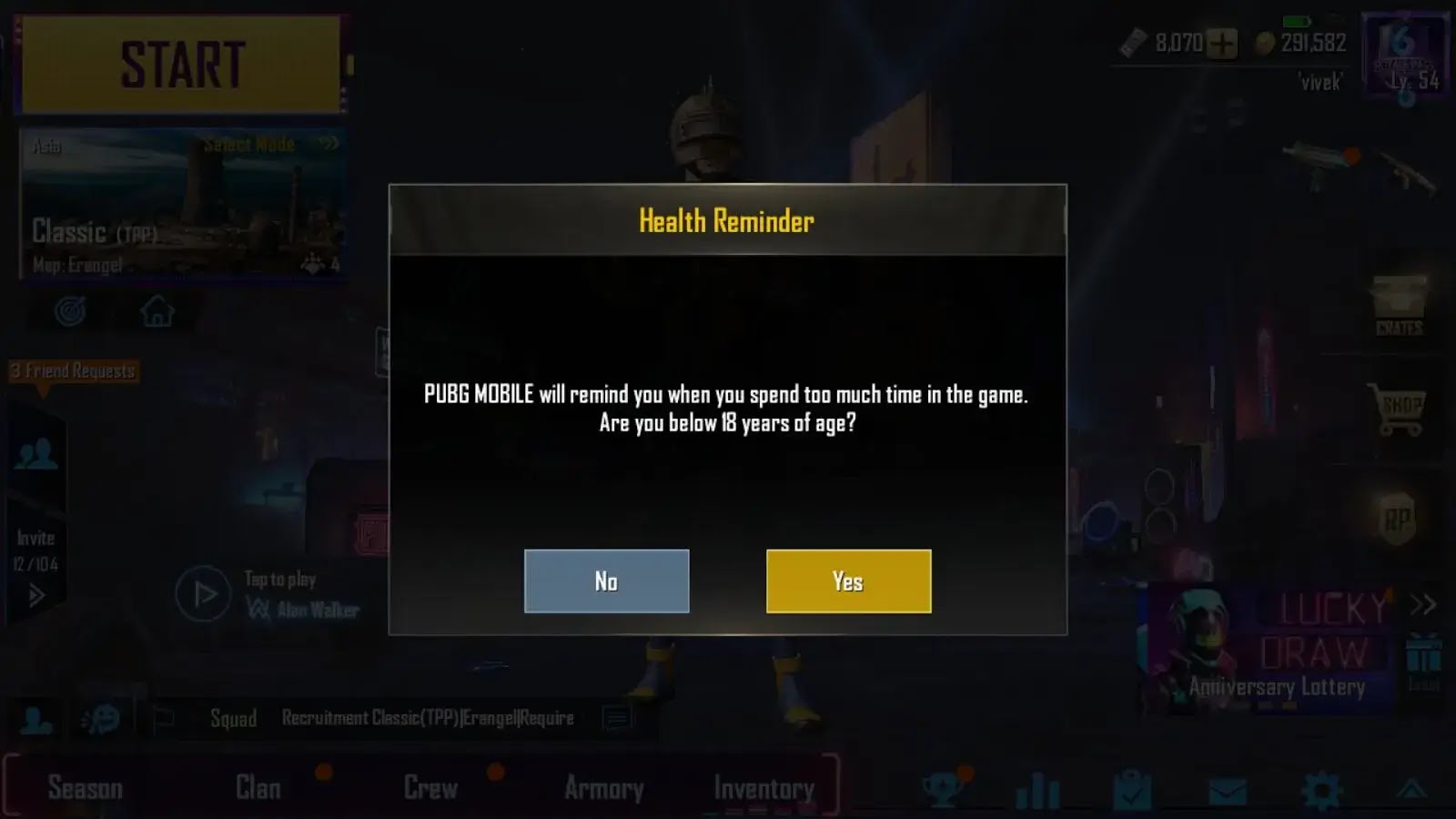 On this title, PubG mobile shows a message which reads-

'PUBG Mobile will remind you when you spend too much time in the game.  Are You below 18 years of age?'

Now the above message clears that PUBG mobile is tracking the time that I am spending on the game. Along with that, it is also confirming the player is 18 years plus or not.
This is simply because here in India we have heard a couple of cases that show users getting too addicted to the game. Back I read some news stating, a boy spends 50,000 INR to make a purchase on a PUBG game.
Moreover, in India, several states have also banned games in their region as students are getting too addicted to the game which directly affects their studies carrier. 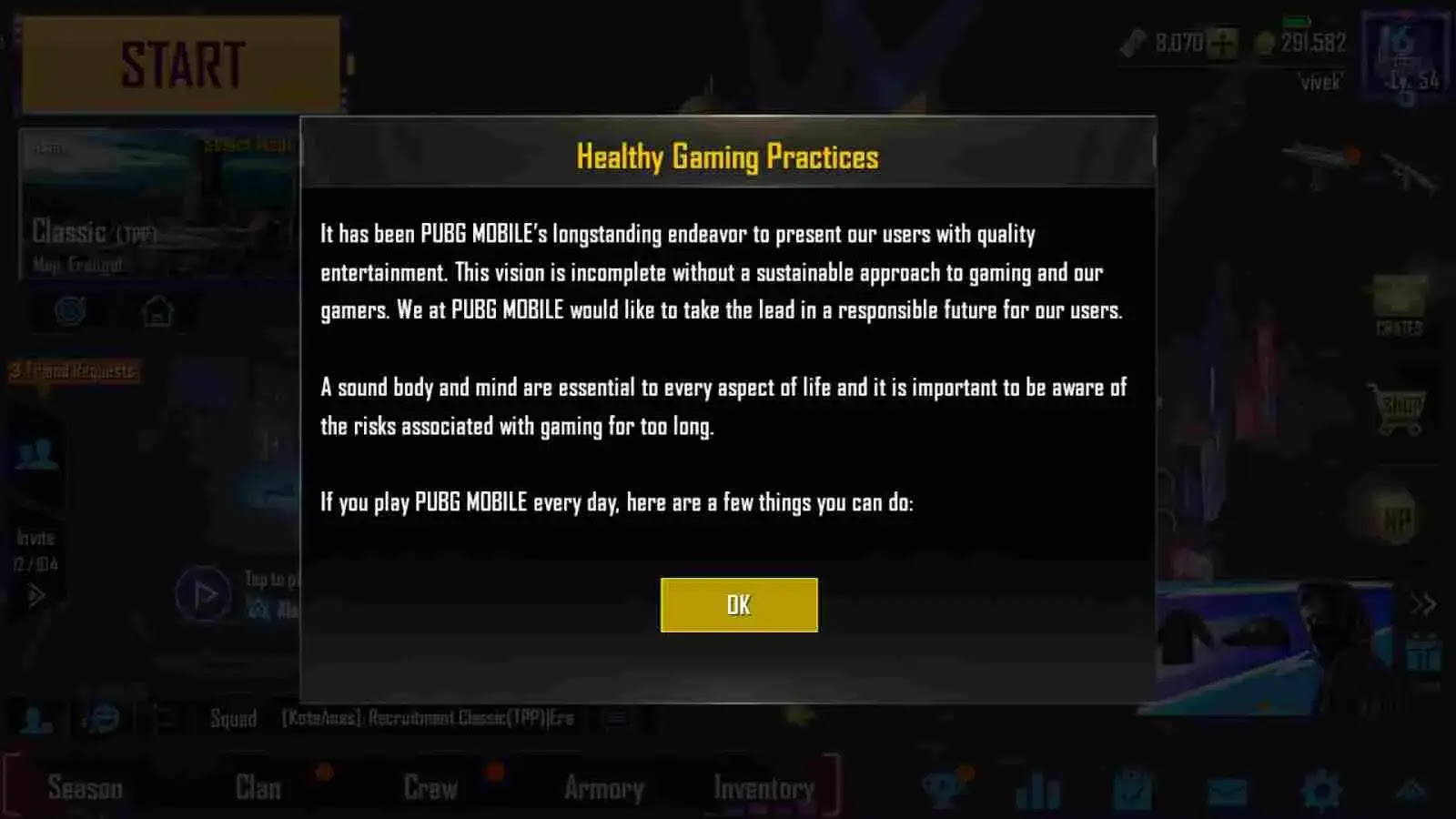 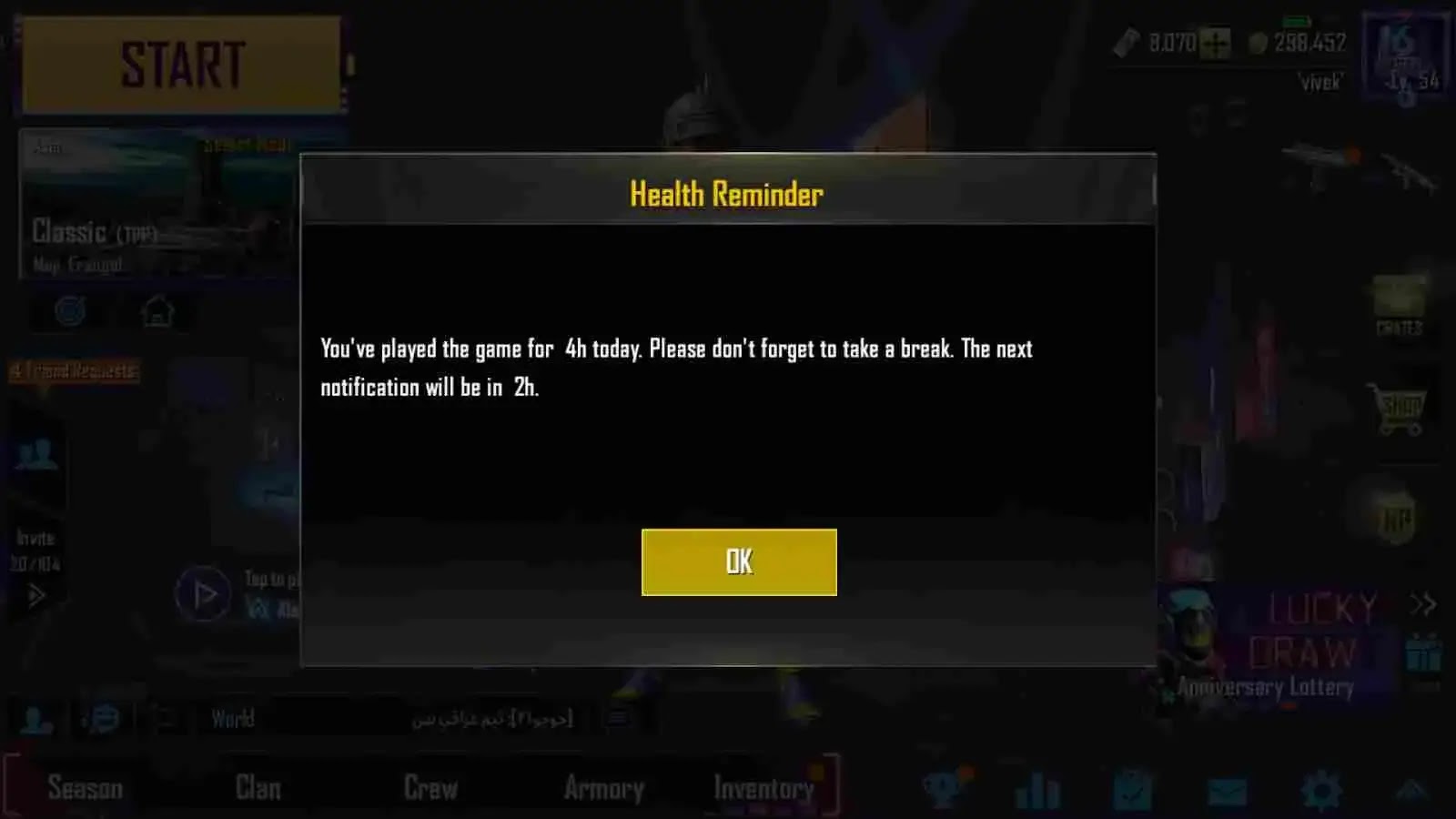 The second Reminders was with the title 'Healthy Gaming Practices'.
On this notification, PUBG mobile was explaining Do's and Don'ts while playing the game.  It was having long para guidelines for the users on what to do if they are playing PUBG daily.

Many users have reported earlier about the Health Reminders, along with the  6 hours of time limit on a game. But PUBG mobile says that 6 hours limit was the developer's errors.

This clears that, PUBG Mobile is taking some precautions after the Indian State Government had pushed restrictions of their region.

Upcoming Updates in Next Version of the Game

As we know that PUBG mobile beta version comes in the Chinese version,  so I got a hand on the beta version of the game i.e version 0.12. On this, I found that PUBG mobile has added a new Weapon named RPG-7, which is a type of Rocket launcher. Along with this, the Crossbow has been updated to Explosive Crossbow, which means now users can also use Crossbow to make an explosive over the enemy.

Furthermore, version 0.12 will have another Zombie mode under Event mode on the game. The new RPG-7 and Explosive Crossbow will be available on this Zombie mode. Another big thing coming up on the next update is 'Friends Speculate', which means now you can watch the match of your friends even if you are not on the playing squad.  I was waiting for these features on PUBG and did you? 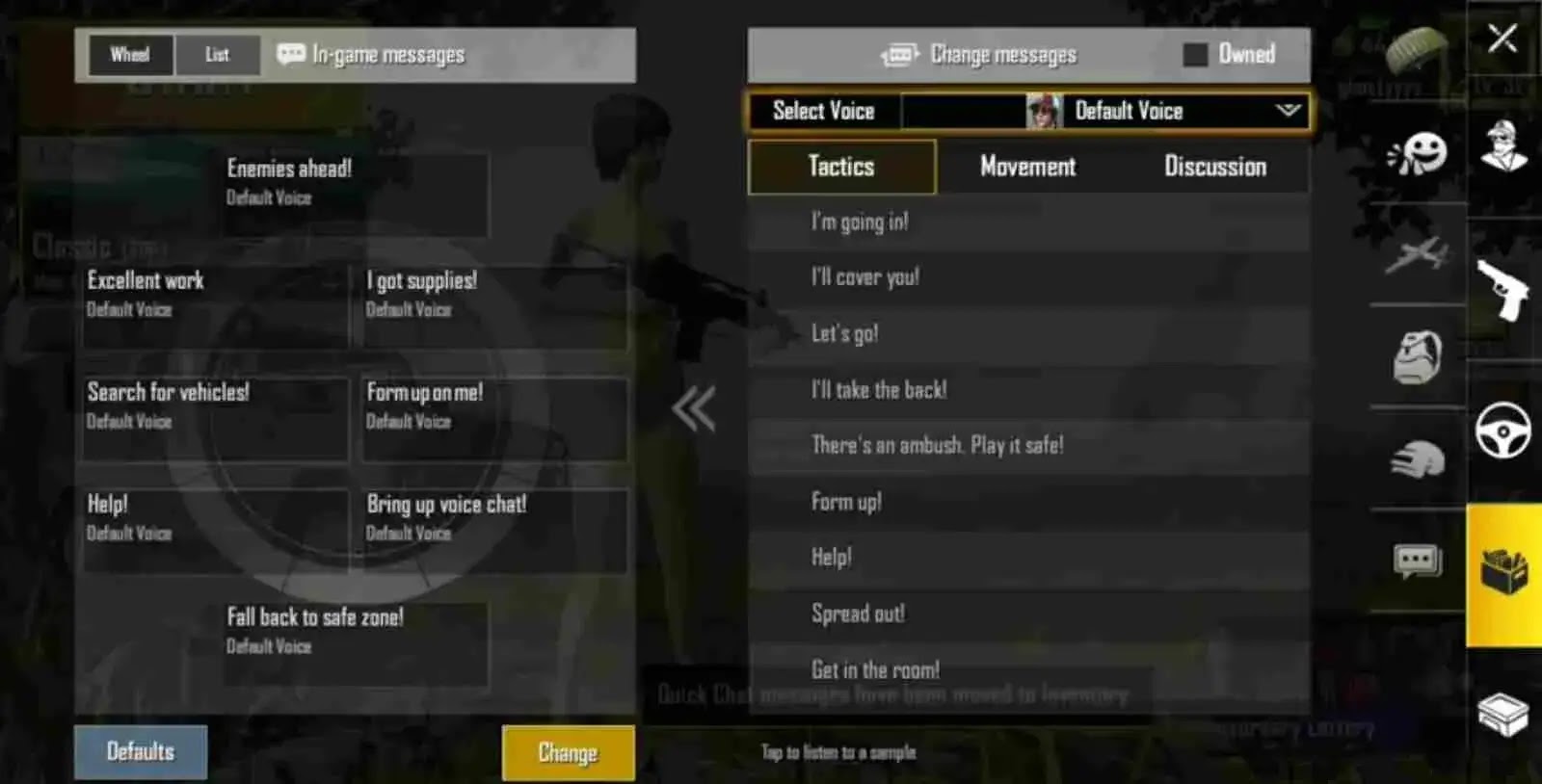 One more thing I show is the change in the layout of Quick chat. Quick chat has got a whole new look (check Image) with three different voice tones.

The last thing was, you can now cook chicken after you win the match i.e. making chicken dinner.