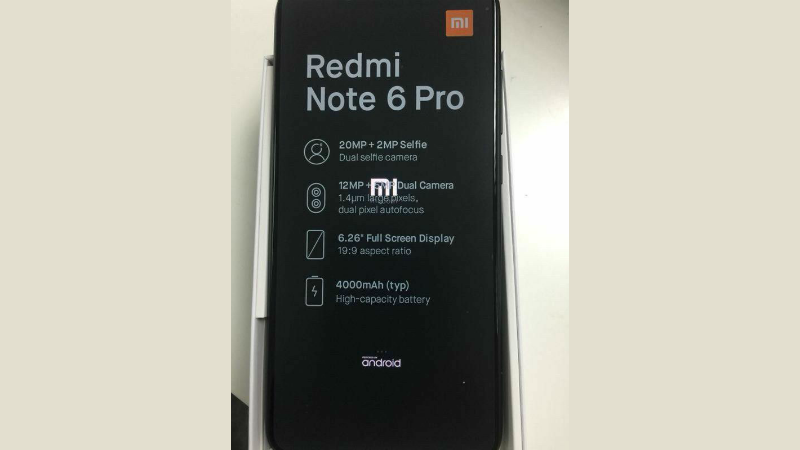 Just a couple of weeks ago Xiaomi have announced three smartphones in Indian market under the tag name #DeshkaSmartPhone, which are budget phone. On this Xiaomi have announced Redmi 6A, Redmi 6 and Redmi 6 Pro. But we havent seen Redmi Note 6 Pro, and many of xiaomi fans also looking for a Notch dispaly from Xiaomi.

Here are the above requirements going to be fullfilled. An leaked image of Redmi Note 6 Pro havecame online which showing a Notch Display on Redmi Note 6 Pro. Xiaomi will be launching the Redmi Note 6 Pro sometime early next year or by the end of Q4 2018. According to the image, Redmi Note 6 Pro will have dual selfie and rear cameras, a notched display and the beefy 4000mAh battery.
The phone will sport a 6.26-inch Full-Screen display on the front with a 19:9 aspect ratio. The screen on the Note 6 Pro will be bigger than the 5.99-inch panel we saw on the Note 5 Pro. Also, it’s expected to be the same Full HD+ panel.