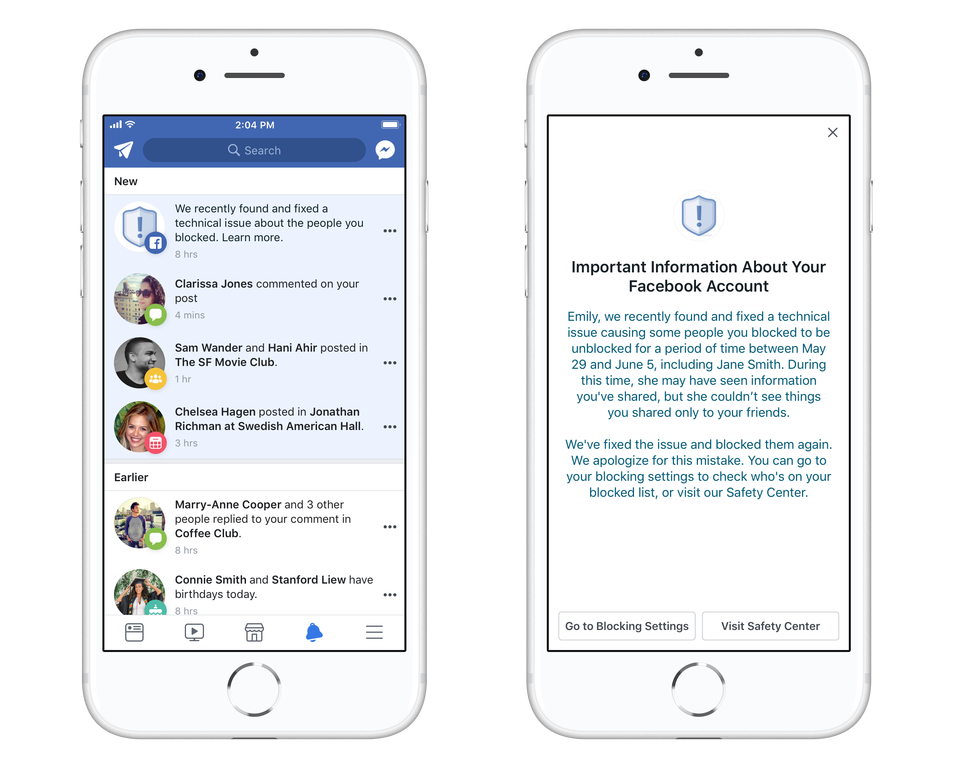 Facebook blocking features gives its users to block the certain users that you don't like or don't like them to view your Facebook activities. With this features you can also get rid out from the unwanted call and messages on Facebook Messenger.

But yesterday, on the blog-post facebook says that the bug on their blocking system makes all block users unblocked automatically. This bug was active between May 29 and June 5, which affected 800,000 users.

Facebook chief privacy officer, Erin Egan says -
Erin mention that now the bug has been fixed and blocked users who were got unblocked by this glitch had been blocked again. People who were affected by this bug, will get a notification on their notification tab (check above image). It is recommended to all do check your blocked list, and you can read more details about blocking features from here.
#Bug #Facebook #Privacy