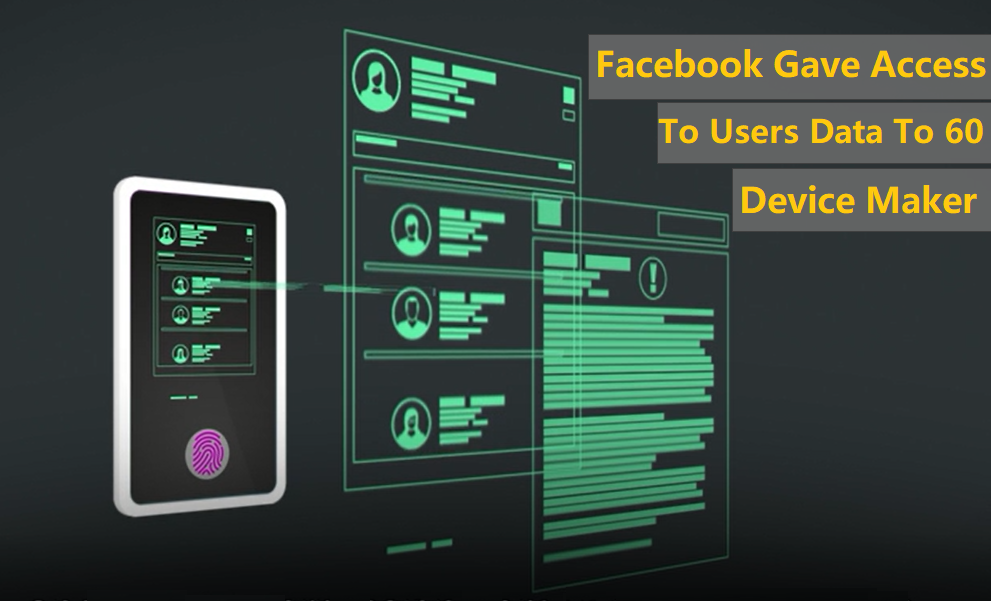 After Cambridge Analytica scandal, here once again Facebook is under question of users trust. According to the NewYork Times latest report, Facebook has been involved in data sharing agreements with nearly 60 device companies including Amazon, Apple, Samsung, Blackberry, and Microsoft and many others. By this agreement device maker can gather users information without their consent.

This report have really made a question on the data handling of users by Facebook. Report state that, the agreement were initiated in the past decade, much before smartphones started featuring Facebook apps. This is the worse way or misusing of the users data by any social network.

By these agreements, Facebook got the opportunity to expand its reach and device makers were able to offer their customers handy social network-based features including Like button and address books.

However, this partnership news was remained undisclosed as yet and also in front of Congress earlier. As per the context of the partnership deed, Facebook have allowed device maker to access users data as well as it can also gather data of user's friends, and that too also without users permission nor any kind of declaration that it will share data with any 3rd party service.

Sure looks like Zuckerberg lied to Congress about whether users have “complete control” over who sees our data on Facebook. This needs to be investigated and the people responsible need to be held accountable. https://t.co/rshBsxy32G
— David Cicilline (@davidcicilline) June 4, 2018

Facebook officials still maintain that their data sharing practices and privacy policies are in compliance with FTC agreement. It is stated that the partnerships were regulated under contracts that substantially limited the use of information by the partner firms and they weren’t also allowed to store information on their servers.

UPDATE:
Now another update comes up that, Facebook have confirmed comapny has data-sharing partnerships with at least four Chinese electronics companies, including a manufacturing giant that has a close relationship with China’s government.

The agreements, which date to at least 2010, gave private access to some user data to Huawei, a telecommunications equipment company that has been flagged by American intelligence officials as a national security threat, as well as to Lenovo, Oppo and TCL.

Facebook officials said the agreements with the Chinese companies allowed them access similar to what was offered to BlackBerry, which could retrieve detailed information on both device users and all of their friends — including religious and political leanings, work and education history and relationship status.
Facebook representatives said the data shared with Huawei stayed on its phones, not the company’s servers.
#Facebook #Privacy #Security