Millions of Verizon Customers Data Exposed by it's Partner

About 14 millions data of subscriber who called Company (Verizon) customer service in the past six months were found on an unprotected Amazon S3 storage server by employee of Nice system. 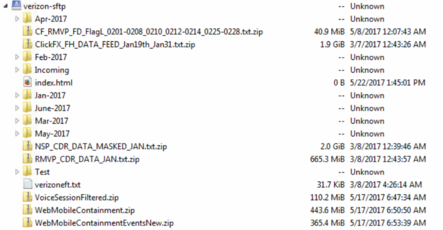 The records were found in a log file which was generated when customer call to Verizon customer service.  These record included a customer's name, cell phone number, and their account PIN -- which if obtained would grant anyone access to a subscriber's account. Although there was no voice recording (audio files) found on server.

Each record also contained hundreds of fields of additional data, including a customer's home address, email addresses, what kind of additional Verizon services a subscriber has, the current balance of their account, and if a subscriber has a Verizon federal government account, to name a few. One field also appeared to record a customer's "frustration score," by detecting if certain keywords are spoken by a customer during a call.

Verizon said it was investigating how its customer data was improperly stored on the Amazon Web Services (AWS) server as "part of an authorized and ongoing project" to improve its customer service.
#Data Breached #Security #Telecom