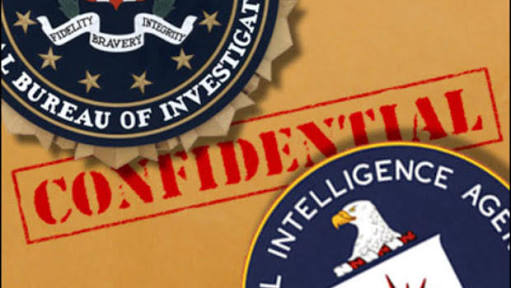 WikiLeaks has already said that they are going to publish the biggest confidential documents of CIA, and here it goes

On Tuesday evening, WikiLeaks has released a bunch of 8,000 documents, as a part of "Vault 7" a series of leaks on agency.
The first full part of the series, "Year Zero", comprises 8,761 documents and files from an isolated, high-security network situated inside the CIA's Center for Cyber Intelligence in Langley, Virgina.


A total of 8,761 documents have been published as part of "Year Zero", which stats all hacking arsenal including malware, viruses, trojans, weaponized "zero day" exploits, malware remote control systems and associated documentation. It can be also called entire hacking capacity of CIA.

What is "Year Zero"?
"Year Zero’ is the name of the leaks made by WikiLeaks. It revealed details of the CIA’s “global covert hacking program,” including “weaponized exploits” used against company products including “Apple's iPhone, Google's Android and Microsoft's Windows and even Samsung TVs, which are turned into covert microphones.”

CIA malware and hacking tools are built by EDG (Engineering Development Group), a software development group within CCI (Center for Cyber Intelligence), a department belonging to the CIA's DDI (Directorate for Digital Innovation).

The EDG is responsible for the development, testing and operational support of all backdoors, exploits, malicious payloads, trojans, viruses and any other kind of malware used by the CIA in its covert operations world-wide -reports says.

The attacks against Smart TV's is called "Weeping Angel" developed by the CIA's Embedded Devices Branch (EDB), which infests smart TVs, transforming them into covert microphones.

An attack against Samsung TV’s was in cooperation with MI5, placing them into a “Fake-Off” mode, recording conversations even when the device appears to be off.

MDB produces malware to infest, control and exfiltrate data from iPhones and other Apple products running iOS, such as iPads. CIA's arsenal includes numerous local and remote "zero days" developed by CIA or obtained from GCHQ, NSA, FBI or purchased from cyber arms contractors such as Baitshop.


These techniques permit the CIA to bypass the encryption of WhatsApp, Signal, Telegram, Wiebo, Confide and Cloackman by hacking the "smart" phones that they run on and collecting audio and message traffic before encryption is applied.

Since 2001 the CIA has gained political and budgetary preeminence over the U.S. National Security Agency (NSA).

This release is made by Twitter account, after a planned press conference suffered a cyberattack, according to the whistleblowing organization. WikiLeaks has since rescheduled its press conference.
#News #Security #U.S