[UPDATE] Yahoo not completely Dead! Only Some will be re-named 'Altaba'

Only the investment part of Yahoo that will be renamed ‘Altaba’, while the main brand will retain its name Yahoo. 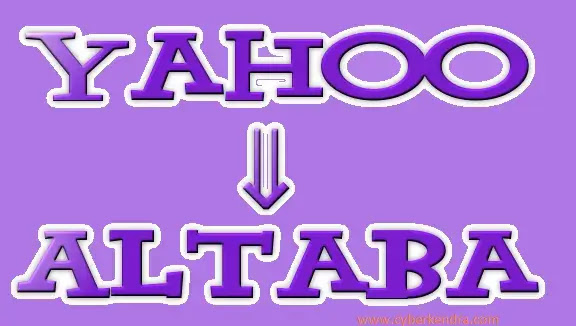 The most famous brand of silicon valley "Yahoo" is now dead  (not completely) and the company renamed its brand to "Altaba". The announcement for re-branding the company was made on Monday, following the sale of its core business to telecom titans Verizon.

UPDATE: Only the investment part of Yahoo will be renamed ‘Altaba’, while the main brand will retain its name. Only the part of the Yahoo that is being sold to Verizon will be renamed to 'Altaba'.

Currently, Yahoo didn't give any point for re-branding to Altaba, nor it explains what Altaba means. But the new name Altaba looks similar to "Alibaba", a Chinese internet giant which is partly owned by Yahoo.

Company CEO Marissa Mayer, the veteran former Google executive who failed to stand the company and make some turnout will be leaving the company's board, along with the Yahoo Co-founder David Filo.
UPDATE:- Mayer is to step down from its board, but will continue to be CEO.

Last year Yahoo had suffered from major cyber-attacks on which the company says 500  million users' accounts had been stolen by hackers, but later on Yahoo separately acknowledge 1 Billion users were affected by the data breach. It was one of the worst and biggest data breaches of 2016.

That was a hard time for Yahoo CEO Marissa Mayer, to turn the company to a new level as there was a Verizon deal along with the latest biggest data breach.