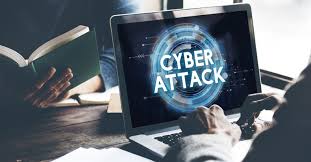 Security firm CrowdStrike who has been appointed for investigating DNC hack incidence have mentioned on there latest report that they have got a strong evidence against Russia behind the DNC hack.

CrowdStrike had always suspected that one of the two hacker groups that struck the DNC was the GRU, Russia’s military intelligence agency, it had only medium confidence. Security firm point malware used in the DNC intrusion to malware used to hack and track an Android phone app used by the Ukrainian army in its battle against pro-Russia separatists in eastern Ukraine from late 2014 through 2016.

CrowdStrike co-founder Dmitri Alperovitch,  said - “we have high confidence” it was a unit of the GRU, and firm had dubbed that unit “Fancy Bear.”

CrowdStrike found that a variant of the Fancy Bear malware that was used to penetrate the DNC’s network in April 2016 was also used to hack an Android app developed by the Ukrainian army to help artillery troops more efficiently train their antiquated howitzers on targets.

Security firm pointing towards Russian, shows that how Russian government is using there different arms to carry malicious cyber attacks beyond the boundaries.

The director of national intelligence and the homeland security secretary in October publicly blamed the Russian government for interfering in the U.S. election, including through hacks of political organizations and targeting of state election systems.

Recently, there were headlines that Russian have helped new US president Donald Trump to win it's election, via direct or indirect means.

The Fancy Bear crew evidently hacked the app, allowing the GRU to use the phone’s GPS coordinates to track the Ukrainian troops’ position. In that way, the Russian military could then target the Ukrainian army with artillery and other weaponry.
#Cyber Crime #cyber espionage #Hacking