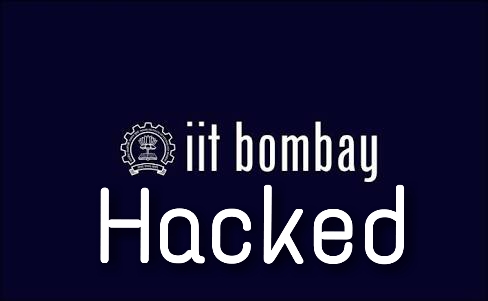 A hacker going with the online handle "Cryptolulz666" had hacked  India's one of the top college IIT Bombay website and leaked users and students data.

Hacker have leaked all the database on pastebin which includes data of users and students.

Cryptolulz666 have exploited Blind SQL injection on the site  that allow him to access database of the server. He also mentioned that IIT Bombay site also suffers from Cross Site Scripting (xss) Vulnerability.

The reason behind this hack was just to create security awareness, as IIT Bombay is one of the top 200 college over the world.

“I am an Indian guy passionate about cyber security. This hack is very important for me because I spent my entire life in dreaming to be accepted at the IIT Bombay.I’m so young, but I was enough skilled to broke into one of the most prestigious college in India and all over the world.” Cryptolulz666 told to Security affairs.

Earlier Cryptolulz666 had hacked Russian embassy of Armenia site and leaked all the users details.
#Hacking