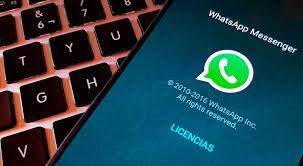 WhatsApp, after rolling out video calling feature to all its users just a week ago, again WhatsApp have introduced another video related feature, and i.e. Video Streaming Feature.

This new feature basically lets you watch a shared video while it is being downloaded to your phone. This makes it easier for the user to watch the video without having to wait for the entire video to download.

Currently the feature is only available on beta version of WhatsApp v2.16.365. If you like give a try to test this feature then, you can download the apk file for the video streaming feature.

Earlier when someone would share a video, you would either get a download button or it would automatically download to your phone based on your settings. But in both the scenarios, one could only watch the video once the download is completed. Now however, instead of a download button, you see a play button. When you tap the button, the video will start buffering, and you will be able to watch the video while it is being downloaded on your phone. The buffering feature is similar to what you see when watching videos online.

As the feature is already available in beta version of the Android app, hence we can expect the feature soon for everyone.
#Android #Whatsapp