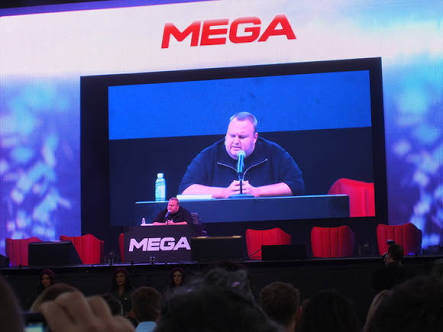 Mega, the cloud storage service had recently suffered from data breach this week. Hackers have compromised some of the company's system and stolen some source code and users database.

Initially when Kim Dotcom started Mega, it's says it 'The Privacy Company', but it seems he was wrong.
The company’s main focus is to keep the files and other information of its users secure. However, this couldn’t prevent its own systems from being compromised.

Hackers claims that they have accessed some of the internal system of Mega, and collected about 2GB of data, some of them have released in public.

“We have been digging into some Mega developers account and started to escalate into their systems. We plan to release all the proprietary source code for public analysis,” - Mega hackers said.


The hackers, however, suggest that they do have some user data in hand. They might release partial user data in the future, they say, but don’t plan to release any on short notice.

The hackers will make some source code available and have already released some data. In addition, they published admin login details in a Pastebin post. According to Mega, this is related to an older system that delivers blog posts, help center content, and translations.

However company denies that any critical data had been compromised. Mega Chairman is confident that the user data is safe and notes that all files that are uploaded to the site are encrypted before they reach their servers.

Mega owner Kim Dotcom say he is very sad for this hack incident. On Twitter he tweeted-