Google Pixel got hacked in 60 seconds by Chinese hackers 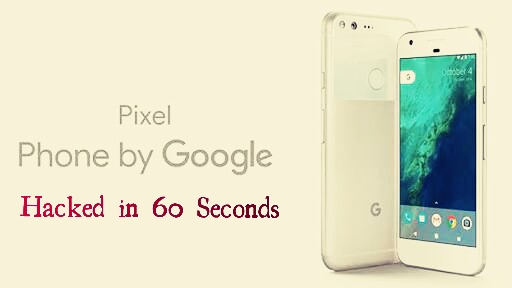 At Pwnfest, a hacking competition going on in Seoul, South Korea, a team of white hat hackers named Qihoo 360 have successfully hacked Google latest flagship Pixel, and that too in just 60seconds.

This is not the first time that Google Pixel smartphone got pwned, earlier Qihoo 360 rival Keen Team of Tencent at the Mobile Pwn2Own event in Japan have also break it's security.
Qihoo 360 won a cash prize of $120,000 for the hack and sent Google to the drawing board in trying to figure out how to patch it.