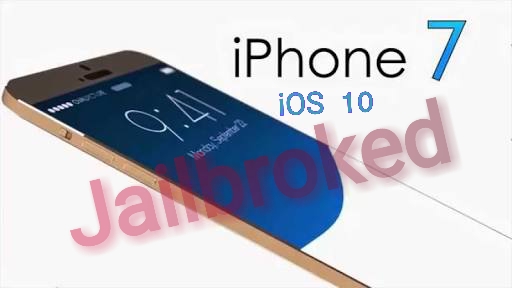 Apple itself said that iPhone 7 is the best and most advanced phone they have ever made. It is very hard to hack it.

But a teenage hacker proved this Apple statement totally wrong. The 19-year-old hacker, who’s known online as qwertyoruiop but whose real name is Luca Todesco, had found a way to break the phone security and restrictions, to install outside apps that Apple didn't approved.

Todesco said, he had found a series of bug and took advantage of it to exploit it. He mentioned that it took only 24 hours to successfully exploitation.


iPhone it’s not 100 percent secure—like nothing else is.”

Todesco, had jailbreak iPhone 7 just after 5 days of launch. He had made the announcement via posting a image showing Cydia installed on iPhone 7 running iOS 10 on Twitter.

Video Demo of Jailbreak iOS 10 on iPhone 7
For proof-of-concept Todesco have also made a video to show the jailbreak of iOS 10.

Todesco said that, at least for now, he’s keeping the details of how he jailbroke the phone to himself—at least until Apple releases a patch. That’s the only choice he has, he added, given that Apple won’t give bug hunters special devices that allow them to load custom firmware.

He also said that he could definitely submit the vulnerabilities he found to Apple, since they fall under the newly launched bug bounty, but he hasn’t decided whether to do that yet.

For exploit, he said that he will make his exploit more easy and smooth to work. He (Todesco) also planning to make this jailbreak work through the Safari browser just like the famous “jailbreakme.com,” which allowed anyone to jailbreak their iPhone 4 just by clicking on a link.