Amazon Leaked iPhone 7 before it's Announcement 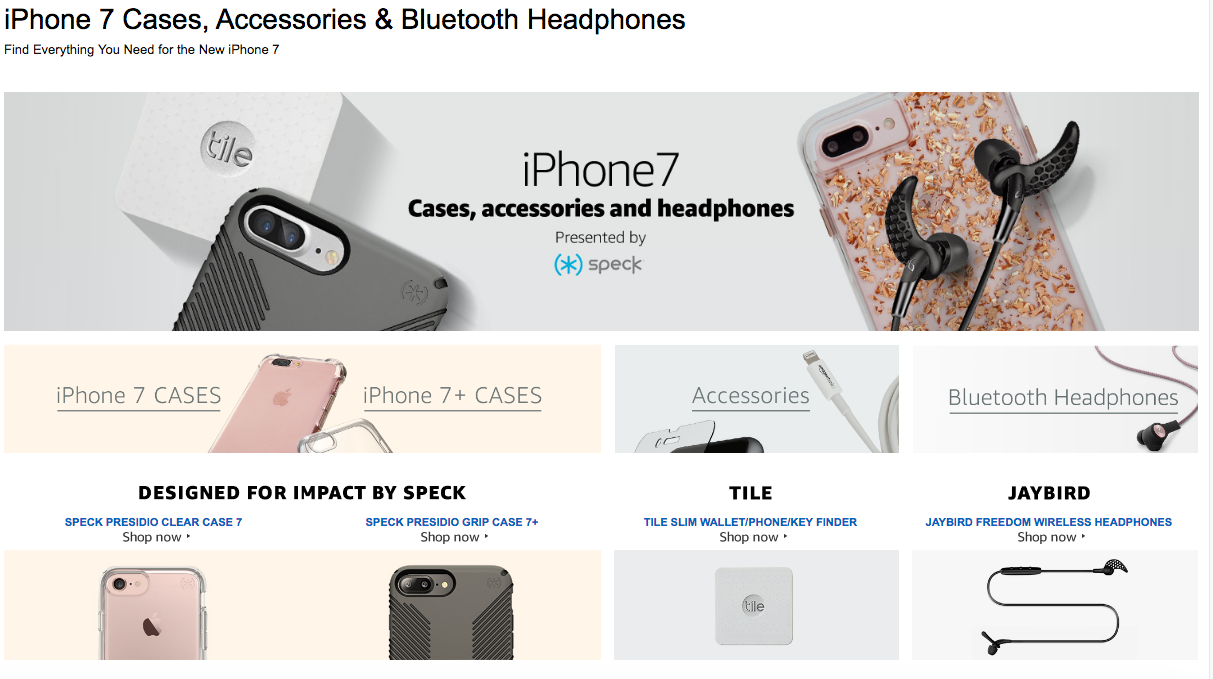 As today, Apple is going to announced its new iPhone but wired thing happened with Amazon.

Just an hour before the announcement by Apple, Amazon had released the specialized page for iPhone 7 and it's accessories.

According to the page, one iPhone with the rumored dual back-facing cameras. It also includes a link for Bluetooth headphones, which probably confirms the long rumored removal of the headphone jack. The phone looks pretty much like the iPhone 6, except for the dual cameras.
#Apple #iPhone