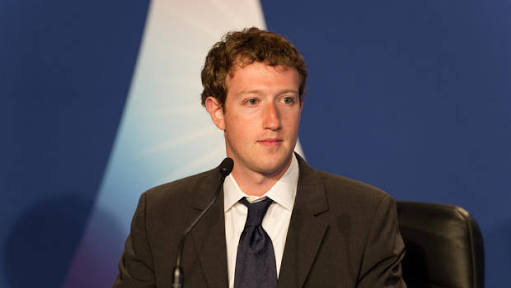 Facebook CEO's Mark Zuckerberg's other social accounts has been hacked last day by a hacking team called "OurMine Team". Concerntrating on Facebook, it seems that he forgot his other social media's accounts.

This week, Zuckerberg's twitter and Pinterest showing a tag line written "Hacked by OurMine Team ".
Hacker's group says that they have got the logins of Zuckerberg's account's from the LinkedIn Database dump, which was leaked few weeks ago.

We don’t know for sure how OurMine Team pulled off the hacks, but the group is claiming it was all thanks to the LinkedIn password dump from a few weeks ago. Millions of LinkedIn user account details leaked online last month, with the company reacting by invalidating the credentials and contacting affected members to reset their passwords. But the story doesn’t end there, because as we all know, many people like to reuse the same password on different online services.

Same thing done by Zuckerberg- " Used Same Passwords for other accounts too". 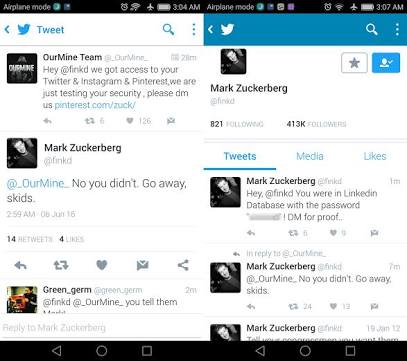