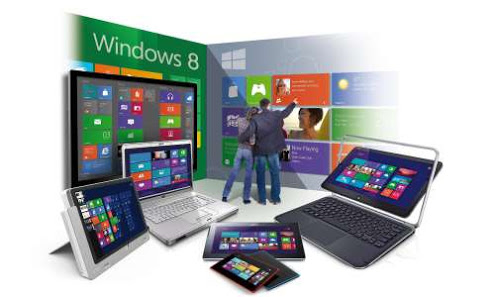 Its just three years that software giant had launched Windows 8, but here is something that is unexpected i.e. Microsoft is killing its Windows 8 on 12thbof this month.

As Windows 8 is not a successful Windows version as like its earlier windows, so this is something that should happened. Just after a year of Windows 8, Microsoft had launched another version called Windows 8.1 .

Why Is Microsoft Ending Windows 8 Support Next Week?
On January 12, Microsoft will be rolling out its first Patch Tuesday of 2016 that will be the last batch of Windows 8 updates.
The reason? Well, Microsoft is treating Windows 8.1 just as a service pack for Windows 8 users. According to the rules, you can hold off installing a service pack just for two years. If you want to read the exact words said by Redmond, here they are:


Windows 8, support ends 24 months after the next service pack releases or at the end of the product’s support lifecycle, whichever comes first. If you are using software without the latest service pack you won’t be offered any new security or non-security updates, although preexisting updates will continue to be offered.

With Windows 8.1, Microsoft promised tons of bug fixes, new features, and enhancements. While Windows 8.1 reaches its end of support on January 10, 2023, the end of Windows 8 has finally arrived.

Now What to Do?
After this update all you have three option, i.e. upgrade it to Windows 8.1 or Windows 10 or downgrad to Windows 7.
Microsoft continuously forcing its user to opt Windows 10, and this could be another trick to make user to Windows 10. Microsoft have already announced that Windows 10 comes with support until October 14, 2025.