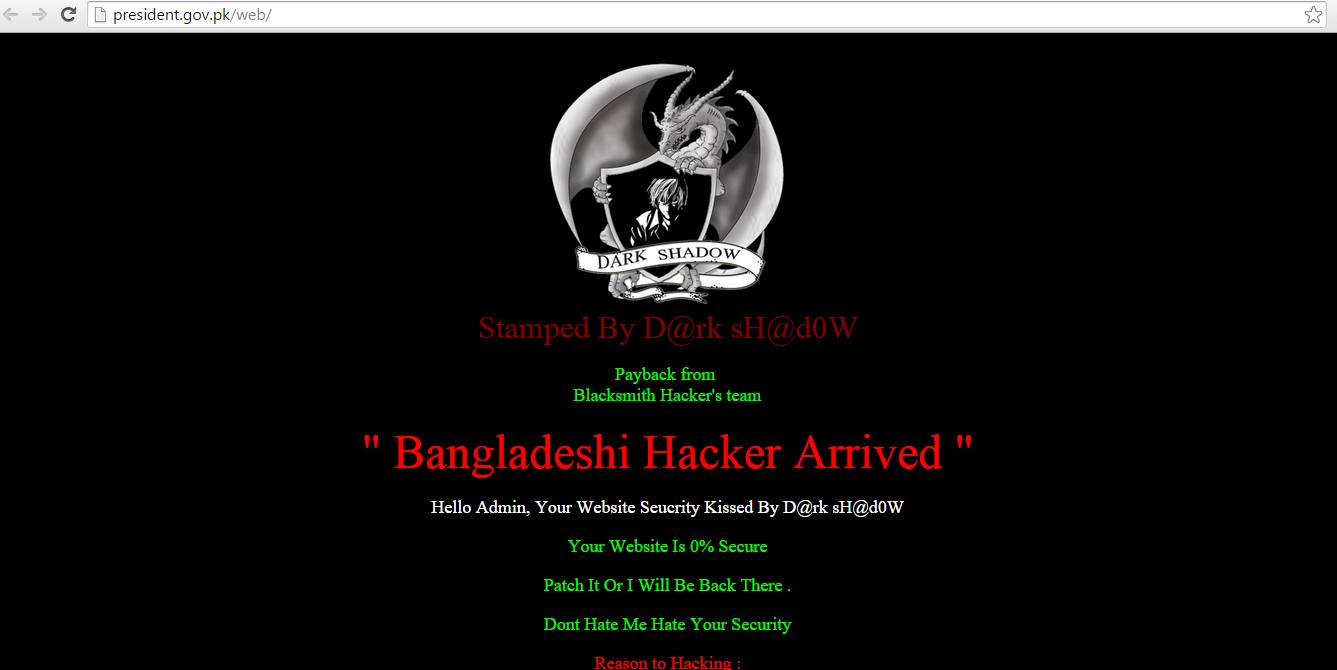 It just some hours left for celebration of Eid-ul-fitr, and there is no doubts that the festival is being celebrated worldwide. It is the biggest day for Pakistan people, but some people is busy is doing some other things.

Just an hour ago, there is an massive cyber attacks on the Pakistan Government Server. A hacker with the online alias '[email protected] [email protected]' have hacked and defaced almost every government web portal.

On this hack hacker had defaced the official site of Pakistan President, Pakistan National Portal, and other government portal which includes - site of textile, national heritage, railway's and other defense and ministerial portals.

On the deface page hacker also left the reason for hcking the sites, by posting couples of image, which shows that a guys have hacked Bangladesh Government portal, and this hack was done for the Payback of that.

Till yet it is been not cleared how hacker managed to hacked whole government server and which vulnerability was been exploited for defaceing the site.

At the mean time all the site is still showing the deface page, and you all can see the mirror of the hacked site at Zone-h. You can also check the list of the site that got hakced.

This is not the first time that Pakistan government server were hacked, earlier also Indian hacker named 'Godzilla' had exploited the vulnerability on the proxy server of Pakistan Government web Portal, which leads to took down the whole government web portal offline for whole day.