Hacker explain How he Hacked Into 62.5 million Zomato users

Hacker explain How he Hacked Into 62.5 million Zomato users, discovered a bug in Zomato, Zomato hacked, 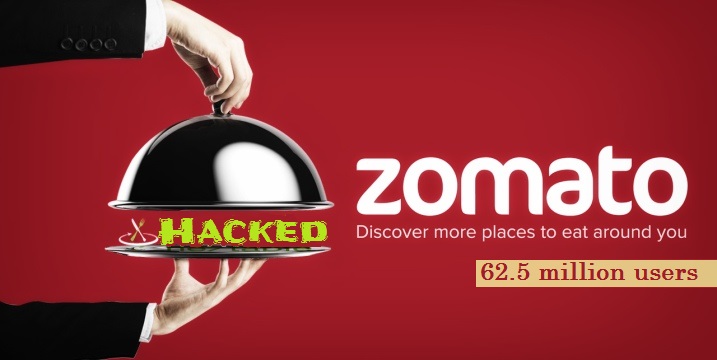 After Gaana.com and Ola cabs hackers have once again targeted another India's Startup business "Zomato". A hacker have demonstrated the whole process how he had hacked into the 62.5 millions Zomato users database.

Zomato is an online restaurant search and discovery service providing information on home delivery, dining-out, cafés and nightlife for various cities of India and 21 other countries. It has 62.5 million registered users.

On the blog post, hackers wrote that while creating accounts on Zomato's site, a user can store his phone number, addresses, date of birth, link Instagram account etc. And these all stored information can be gained from the by exploiting a simple API call function.

About the Vulnerability
Insecure Direct Object References occur when an application provides direct access to objects based on user-supplied input. As a result of this vulnerability, attackers can bypass authorization and access resources in the system directly, for example database records or files.

Insecure Direct Object References allow attackers to bypass authorization and access resources directly by modifying the value of a parameter used to directly point to an object.

By exploiting the same thing, Anand can see all the Zomato's users details and also gains users Instagram access token, which can be used to see Private photos of Instagram.

Anand intercepts the post request made by the users to the Zomato's server and by just replacing (changing) the browser_id, he managed to gain all users data's.

Just replacing the XXXX with the victims id, the above request disclose the victim's data.

For the Proof-of-Concepts, Anand had published a video demonstration of the vulnerability.
#India #News #Security