Windows 10 is the Last Version of Windows 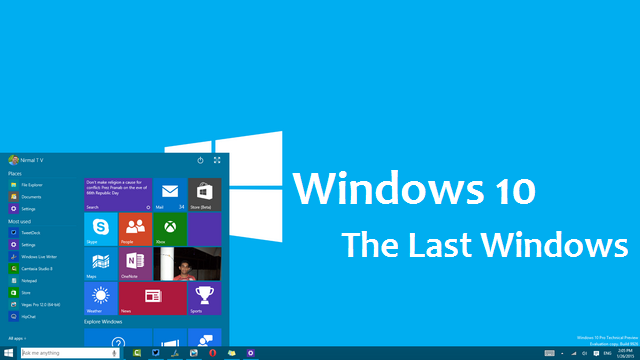 As Microsoft is still working on its upcoming version of the Windows operating System i.e. Windows 10, here is something unexpected words came out from the Microsoft developer evangelist Jerry Nixon.


“Right now we’re releasing Windows 10, and because Windows 10 is the last version of Windows, we’re all still working on Windows 10.”

So before you start to think about the Windows future, this is hardly an indication that Microsoft will quit the operating system market. May they will aim to regularly release updates and new features, instead of releasing a major windows builds.

But another statement from Microsoft spokesperson have totally turned this situation. Microsoft says- “Windows will be delivered as a service bringing new innovations and updates in an ongoing manner, with continuous value for our consumer and business customers.”

The Verge writes that it’s possible that there won’t be any major future Windows release in the conceivable future. The software company wants to release regular improvements and updates instead of any big release like Windows 10.