Get Yu Yureka Mobile without Registration 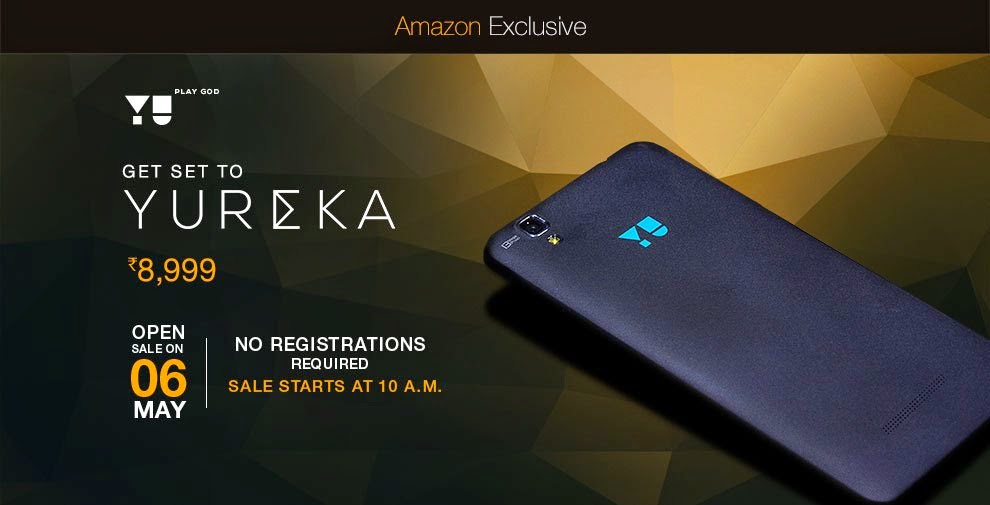 On the twitter account company have announced that Yu Yureka will be available for purchase directly without registrations for 48 hours on May 6th and May 7th. After the several flash sale company have made this announcement and this is only because of the Micromax upcoming smartphone Yu Yuphora.

According to the Indian Amazon page, which stats that the sales will start from 10 AM on Wednesday without registration.

Two days back, company have announced its next upcoming smartphone Yu Yuphoria which is going to be launched on the upcoming event on 12th may. We have already discussed the features and speculations on Yu Yuphoria which was hinted by the company earlier.
#Gadgets #Micromax #Mobile