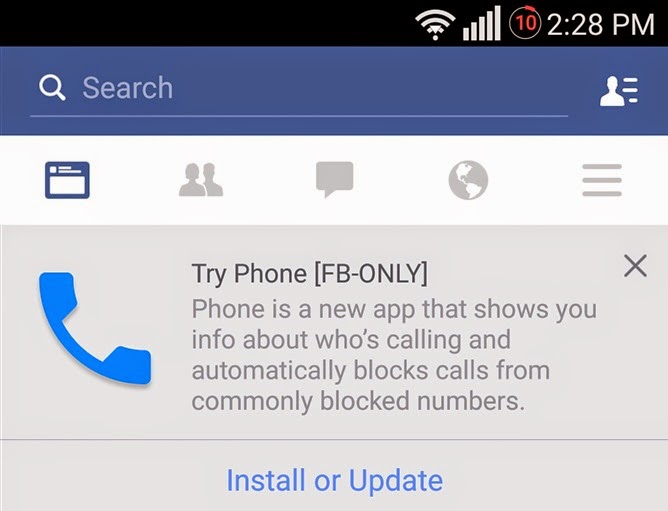 After the announce of the web version of Messenger app, Facebook is now again testing a new app which will be a new Android dialer powered by Facebook’s enormous phone number database.This app is called as "Phone" which is initially testing for Android platform and may be for some other platform also.

The news had first posted by the Android Police, when they saw a notification of the Phone app on Facebook itself which may be testing internally as it says [FB-ONLY] on it. Till yet there is no news about this app or the feature, so company is silently testing for a new feature on Facebook.

Generally, Facebook does a major interface updates to its application server-side, so users occasionally get seemingly random glimpses of new features or UI designs before the official launch. This glimpse suggests that someone committed an ‘innocent’ mistake and hence the notification goes on.