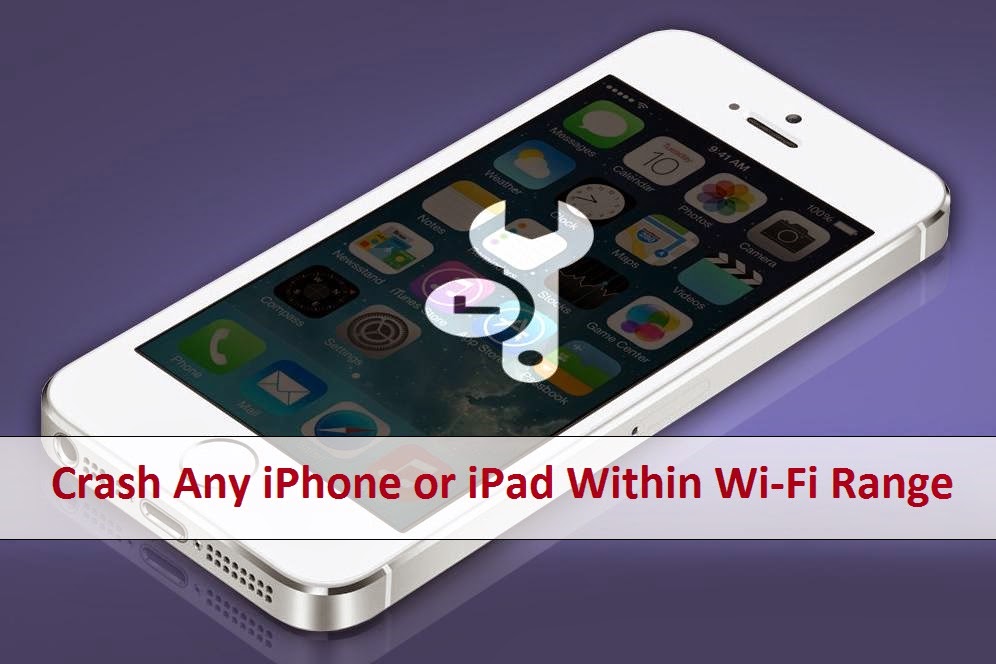 Now here another vulnerability on iOS 8 allows a remote attacker to crash the iOS device (iPad, iPhone) within a WiFi range. Skycure’s Yair Amit and Adi Sharabani have demonstrated a startling vulnerability in iOS that can allow malicious hackers to crash any iOS device within range of a WiFi hotspot.

The researchers have dubbed their discovery “No iOS Zone”, and explained how they uncovered the attack method when preparing a demonstration:


“One day, during preparation for a demonstration of a network-based attack, we bought a new router. After setting the router in a specific configuration and connecting devices to it, our team witnessed the sudden crash of an iOS app.”
“After a few moments, other people started to notice crashes. Pretty quickly, we realized that only iOS users were suffering from crashes.”

It’s like Denial of Service (DoS) attack on Apple's iOS devices that results in crashing either individual iOS apps or users' entire iPhones.

Researcher have also published a video demonstration of the vulnerability showing the WiFi attack in action.
What is the Solution for this issue?
If you are looking for the solution of this issue then you won't believe what researcher suggested. He says the only thing that could be done by iOS users is to run away from that malicious hotspot's range.

Researcher says that they have reported the issue to Apple team, and that iOS 8.3 appears to resolve some of the issues they uncovered.
#Apple #iOS #News