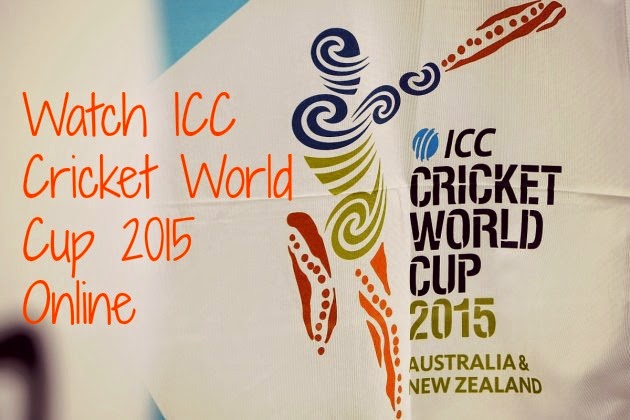 It just a day that ICC Cricket World Cup has been started. It is probably one of the biggest sport extravaganza in 2015. For the billions of fans this event is been broadcasting via hundreds of channels. People all across the world are watching every seconds of every match.

There are many people who didn't get the time for watching, hence they just update via match scores. This updates can be get from numerous sources, via mobile apps, media channels, other sms channels etc.

Last World Cup was held in India and it set a record for number of people who watched cricket matches online. Many things have been changed since last World cup and now more people like to watch online. There is no doubt that this year number of people watching matches online and on their smartphone will be more than the earlier record. Moreover peoples also gets updates from Social Networking stes like Facebook and Twitter.

Here are some of the online resources where users can Watch  ICC Cricket World Cup 2015 Live.

Start Sports have the got all the rights to broadcast matches on TV as well as online streaming. So You can watch live matches from official site of Star Sport (www.starsports.com). You can also download the StartSports mobile app for iOS or Android to watch the cricket world cup live online. However you cannot watch all matches for free, but can get the subscription package for all 53 matches which will cost you less than Rs. 120.

Another sources where you can watch the live streaming of the World Cup 2015 Matches is from the national broadcaster, Doordarshan. All the matches will stream at Doordarshan Channel live.

Apart from the countries broadcaster, you can also watch live streaming from different sources, and here are some list of the sources -