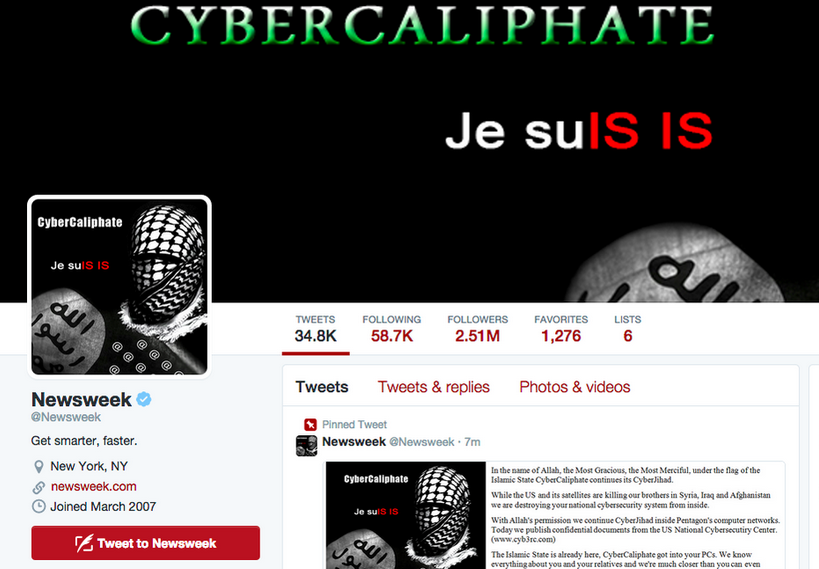 The hack was also confirmed by the media channel. According to the news wire hackers have hijacked the account today morning for about 14 minutes. Hackers have posted tweets contained threats against Michelle Obama and her family on Valentine’s Day. Moreover hackers have also started tweeting out images of alleged leaked documents from the DCITA, or the Defense Cyber Investigations Training Academy. 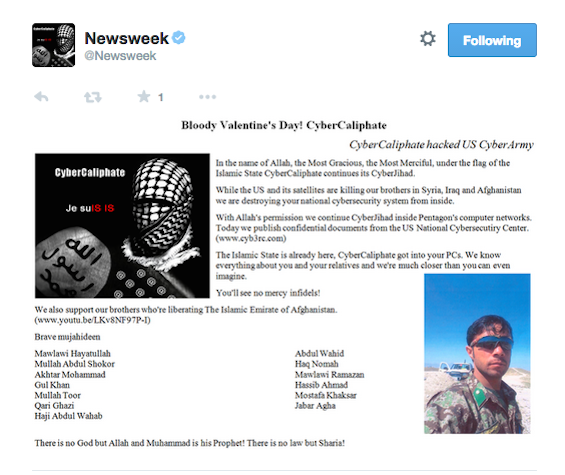 Hackers have also changed the Newsweek account's profile pictures and banner with the images of a masked man and the Black Standard flag, along with a message "Je su IS IS." Cyber Caliphate is a relatively unknown hacker group that claims to have a relationship to ISIS, and calls themselves the CyberJihad.