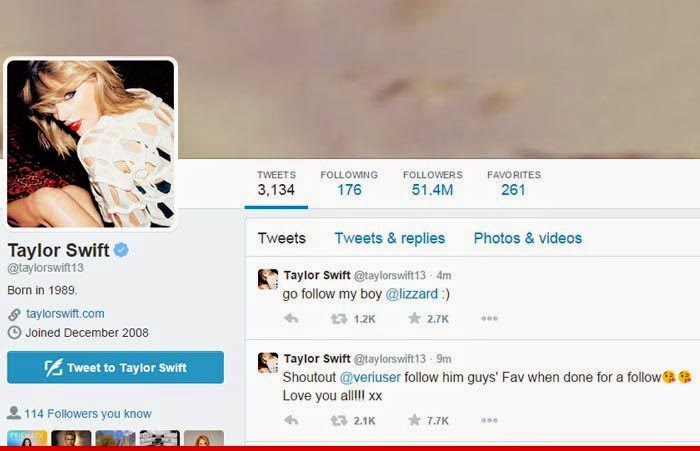 
"My Twitter got hacked but don't worry, Twitter is deleting the hacker tweets and locking my account until they can figure out how this happened and get me new passwords,"- Swift wrote

With the tweet it is been cleared that Lizard hackers group was behind the attack. Same hackers group who had brought down Sony's PlayStation game networks and Xbox live server with a powerful DDos attack on last Christmas eve.

From the below image you can see the tweets made by the hackers after gaining access to Swift accounts. 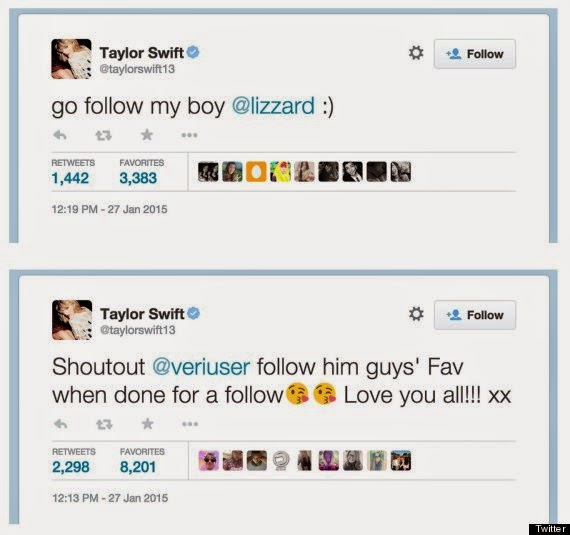