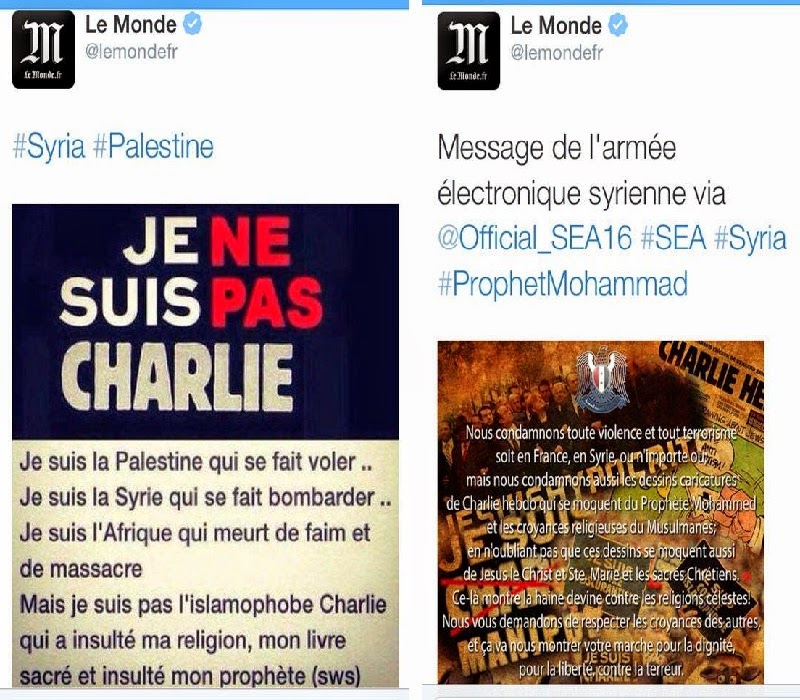 Le Monde have confirmed the about the hacked and apologize for the fake and fraudulent post.

Later on, Syrian Electronic Army have also confirmed that they had hacked the twitter account of the Le Monde. Hacker groups have blamed that Le Monde and French government have supported terrorism in Syria.