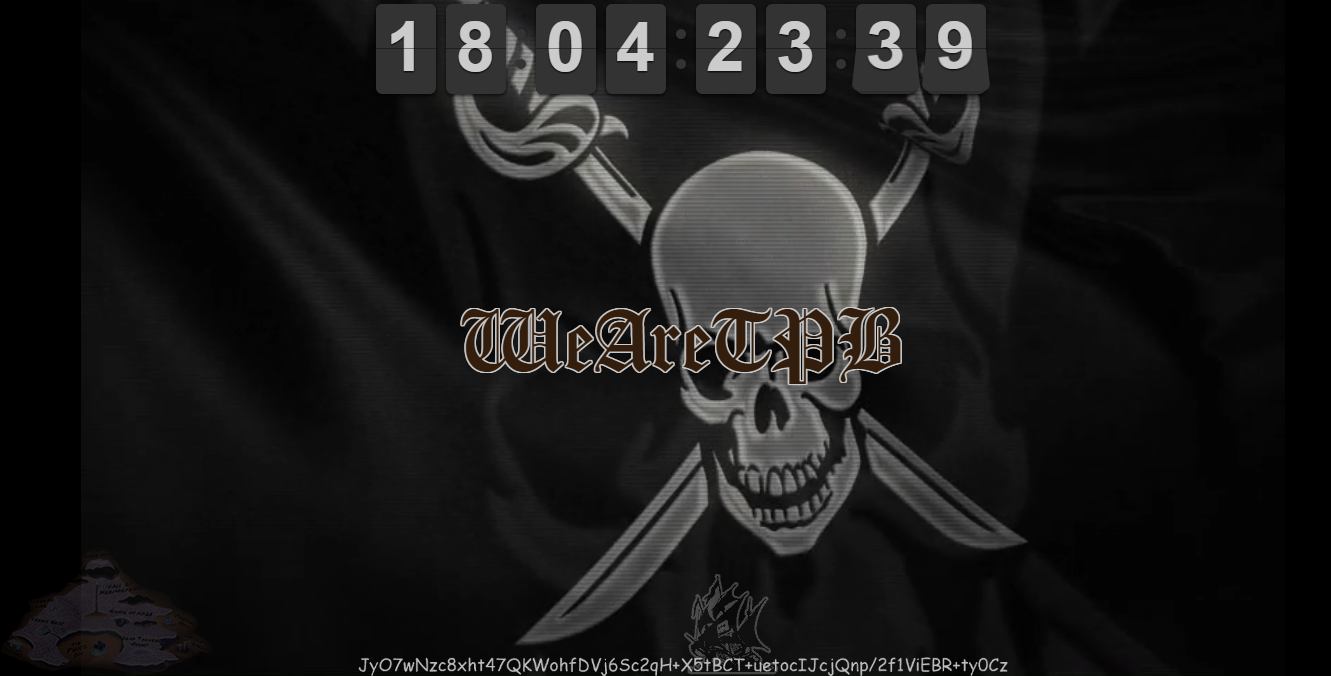 After the numbers of the hints provided by the Pirates bay team on the AES string posted on the sites homepage is finally solved. The message that was hidden in the hash type was not about the site, rather it links to a YouTube video featuring Arnold Schwarzenegger's catchphrase "I'll be back."

A reddit users with the name "Dafky2000" had successfully decrypted the hidden messing behind the hash. He sayss -


“ By analyzing the page source code I could see some irrelevant HTML tags that had no effect. In particular, ‘key lowercase’ with the text enclosed ‘WeAreTPB’, which was not in fact lowercase. The encryption technology was the name of the image itself – ‘aes.png’ – AES”

After the two weeks of the raid on the Pirates Bay server at Sweden, popular torrent site was back online contains a pirate flag at background with a mysterious AES string image at the bottom which displayed an encrypted message for those with the wit to see it.

After guessing a few different password hashing algorithms he finally landed on the right one, SHA256. That revealed part of the answer and after a few hours of sleep dafky2000 was able to uncover the entire message.


“I did have some trouble – Initially, I was only decrypting half the URL so I knew I was on the right track. Took a break at 2am, but got some sleep to clear my head and finished it off in the morning. I love a challenge and that hit the spot.”- he added.

Those who want to replicate the results can use the following bash code dafky2000provided the same readout if others wanted to follow along using the BASH code.