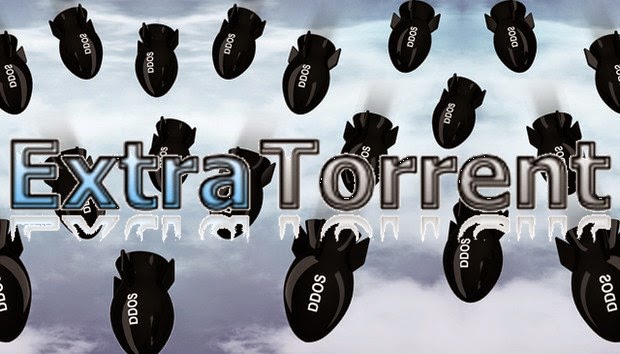 One of the popular torrents site "Extratorrent" is under massive  Distributed Denial of Service (DDoS) attack. The attack was so powerful that its been more than 24 hours but the site is still offline. At the mean time site unreachable and showing up a 503 service error.

Extratorrent have tweeted on its twitter about the DDos attack that they are suffering, and assured users for back online soon. Till yet attacker were not identified and neither any claims came up for the attack.

Extratorrent is under the DDoS attack by hackers right now. Please, keep your patience. We ll try to fix the issues. We'll be back shortly!
— Extra Torrent (@Extra_Torrent) January 10, 2015

Extratorrent is one of the most popular torrents sites and ranks under top 10 torrent websites. This success didn't go unnoticed by rights holders groups such as the MPAA who recently called out ExtraTorrent as one of the top pirate sites. The site was forced to trade in its .com domain for .cc this year, after it was suspended by its domain registrar.

As this is developing story, we will update it soon as we get more updates on this.
#ddos #Hacking #News