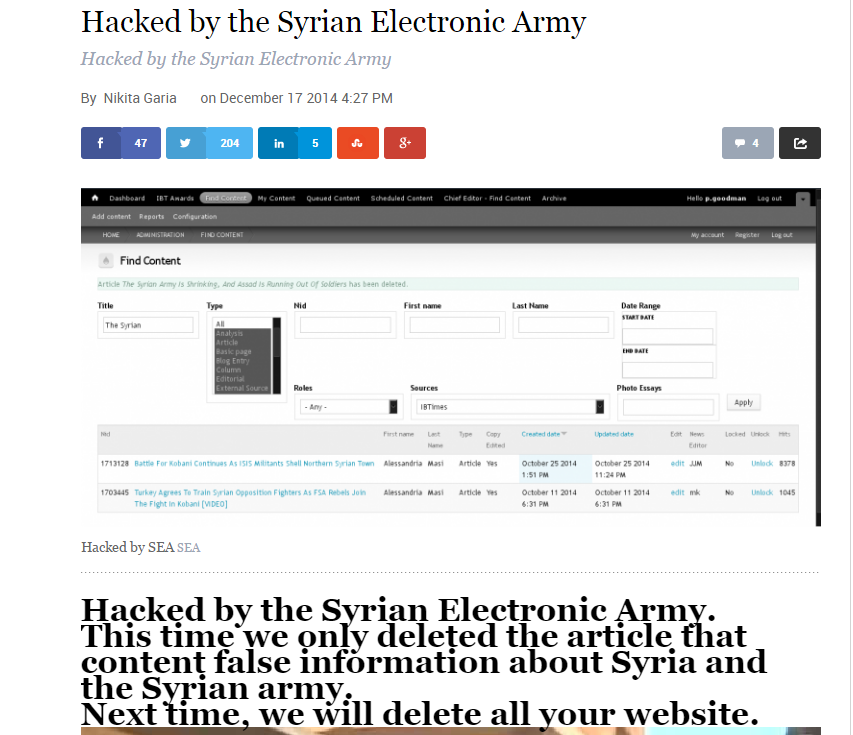 In the early morning,  pro hackers group "Syrian Electronic Army" have once again targeted western online media site. This time SEA hackers group have hacked the International Business Times website and removed a story titled “The Syrian Army Is Shrinking, And Assad Is Running Out Of Soldiers.”

Hackers have deleted the IBT post which contains the wrong information about the Syria (hackers claim) and posted the another post with the titled Hacked by the Syrian Electronic Army. The post made by hackers group contains the screenshot image of IBT panel (on top) and a warning message which reads-


Hacked by the Syrian Electronic Army.
This time we only deleted the article that content false information about Syria and the Syrian army.
Next time, we will delete all your website.

The group replaced the story with an article titled “Hacked by the Syrian Electronic Army,” and a byline under the name of “Nikita Garia,” who is a news editor working out of the publication’s Bangalore, India, bureau.

SEA Hackers have taking the responsibility of the hack by tweeting the hacked panel image on the twitter account. At the mean time IBT have deleted the post, but you can check the mirror of the at zone-h .