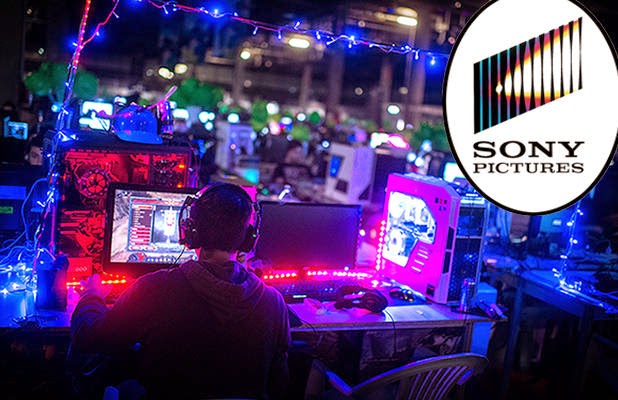 After the couple of leaks, first of some sensitive data and information and second leak of unreleased Sony Pictures movies, hackers have now again point out the some of the sensitive credential of Sony Pictures.

Yesterday, TheNextWeb have reported that they have got an email from the users claiming its self the boss of GOP, a hackers group who had hacked Sony Pictures server and made all studio computer offline.

On the email TNW have got the link of the dump file which contains the collection of Sony’s security certificates, signing keys, private keys for accessing servers and endless lists of passwords in plain-text spreadsheets.

For the Security purpose TNW have not disclosed the link and further details of the file. But they pointed that a Password named folder in the ZIP  file contains the huge list of Excel files, contained scores of what appear to be passwords for almost every system imaginable, from phones to AMEX logins and more.

"One file called “computer passwords” appears to contain user credentials for logging onto the corporate network, while another entitled “Social Password Log” contains passwords for movie accounts on social media, which is likely how hackers compromised many movie accounts" - TNW reported.

Another file  contains the all the FTP login credentials of Sony pictures servers. Moreover, a folder named as Secure Certificates which have the numerous sub-folder conatins the certificates of the Sony Pictures domain names. 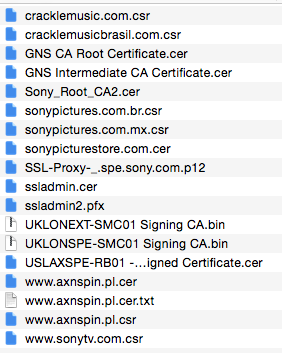 Sony Pictures have hire Mandiant and also working with the FBI to investigate the breach. Many of the sources  have   suggested that the attack were pointing towards North Korea, but Sony had refused  this in a comment to ABC news .