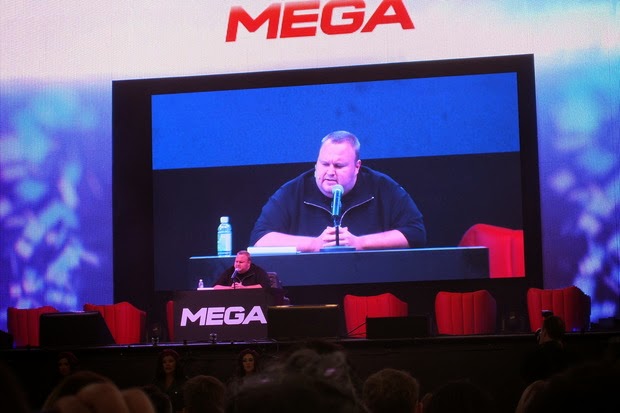 Kim Dotcom, founder of the file sharing site Mega.nz have announced something great and awesome thing today. As Kim on twitter mention that his company is soon going to launch the browser based chat service.

Initailly on the tweet, Dotcom have called this new service as MegaChat, but may this will not be the final name of the service. Kim Dotcom have mentioned  on the tweet that the service will be encrypted, browser-based, and offer “high-speed” file transfers:

Dotcom have pointed to Skype and says bye bye, as he says that Mega's new service will be better than Skype and all the data transfer between the both users end will be encrypted.

After the seizure of the popular file sharing site MegaUpload Dotcom came back with the new sharing site Mega. Earlier 2013 Dotcom first unveiled that Mega would be expanding into email, chat, voice, video, and “mobile.”

Currently Mega is based in New Zealand, Dotcom believes that US-based services (Gmail, Yahoo, Skype, iCloud ) are unable to offer their customers privacy and security, as they are forced to comply with government and intelligence agencies who demand access to user data under certain circumstances.

No US based online service provider can be trusted with your data. Skype has no choice. They must provide the US Government with backdoors.
— Kim Dotcom (@KimDotcom) December 29, 2014

If Dotcom wants to takeover Skype with its new chat service then it should gives the free trail of the service to users. As Skype is one of the popular VOIP service and to over take it Kim should introduce something unexpected and very new to its users.

Kim have also hinted about the MegaChat service as he tweeted that he will share invites to MegaChat’s beta program ‘in the coming weeks’ via Twitter.

I will tweet about beta invites to #MegaChat in the coming weeks. This is going to be THE END of NSA mass surveillance & YOU WILL LOVE IT!
— Kim Dotcom (@KimDotcom) December 29, 2014