Security is the main concerns for both PC and mobile users and for this many of the firm is implementing various security measures. But What if your mobile comes with the pre-installed spy tools. Sounds nasty...? But its  true.

A thread made of the support forum of the Sony have raised a attention on the security of the Sony Xperia mobile. Elbird, a Sony smartphone users complaining about the secret Baidu backdoor that is created automatically on all Sony Xperia devices. User claim that  a ‘Baidu’ folder will be created on the Android KitKat 4.4.4 run build 10.5.1.A.0.283 in internal storage, and send all the users data to the China based server.

Once Android 4.4.2 or 4.4.4 KitKat firmware installed on the Sony device, a Baidu named folder is created automatically without the prior notice of the owner. After the folder created it relay the entire content as well as your communications, chats, video chats etc. and sends all the data to the China server.
What Baidu can Do ?
Elbird noted that via Biadu folder Chinese government can-
Another Sony users, sleepyhead have also notify the same issue on reddit also. Sleepyhead claims that the MyXperia feature in the Sony Xperia series on smartphones and tablets is activated automatically and then connects to some Chinese site without his permission.
Proof of Baidu Spyware
For proof of his claims he had posted the two images which shows that device is making connection with the china server. 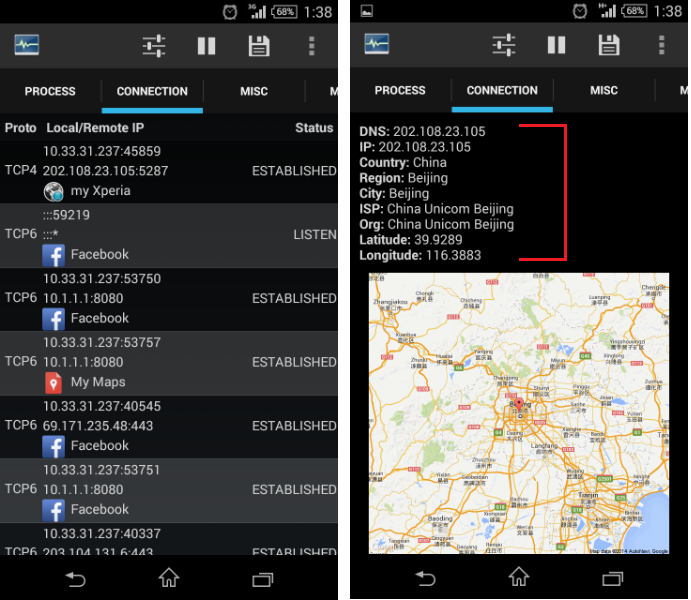 Most worst part is that users can't delete the baidu folder, if someone tries to remove it, it instantly reappears.

Sony's Response
After the claims of the users company noted they have recognized the issue and has said that in the next release the problem will be fixed. Until then if you are worried about your data to be send by Baidu folder, you can follow the below steps to fix the issue.

Preventing/ Disable Baidu folder.
Note- Do all the above steps in your own risk.
#Android #Gadgets #Security