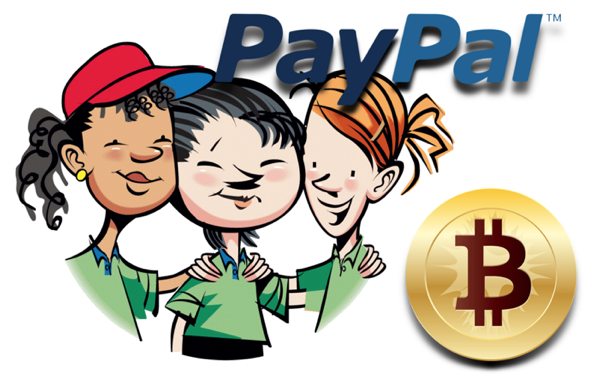 Now here is the Good news for both Paypal and Bitcoin users that, soon Paypal is also going to accepts Bitcoin transaction.  This is really great steps for both sides for their users as, form last year the crypto currency values has been doubled and its popularity among users has been increased. If online banking system Paypal start the transaction for Bitcoin also then it will be easy to exchange currency to digital currency and vice versa.

According to the The Wall Street Journal reports, Officials from eBay’s PayPal division are “in talks” with Coinbase Inc.and other Bitcoin payment processors to add the cryptocash to the list of of payments its PayPal payments subsidiary Braintree accepts.
The deal between them has not been confirmed yet but it soon going to make it possible - report says.


“We do believe that Bitcoin will play an important role in payments in the future but we have nothing to announce,”

But Coinbase has not commented on this. Coinbase is a Bitcoin exchange and wallet service and currently facilitates Bitcoin payments for some 35,000 companies worldwide. And from eBay's is also showing strong interest with Bitcoin.

After increase in the popularity of Bitcoin last year, many merchants already started accepting Bitcoins. Some of the sites like shopify have recently added Bitcoin payment system with it.
#Bitcoin #News #Paypal