Pakistan Minister of Interior website got hacked and defaced 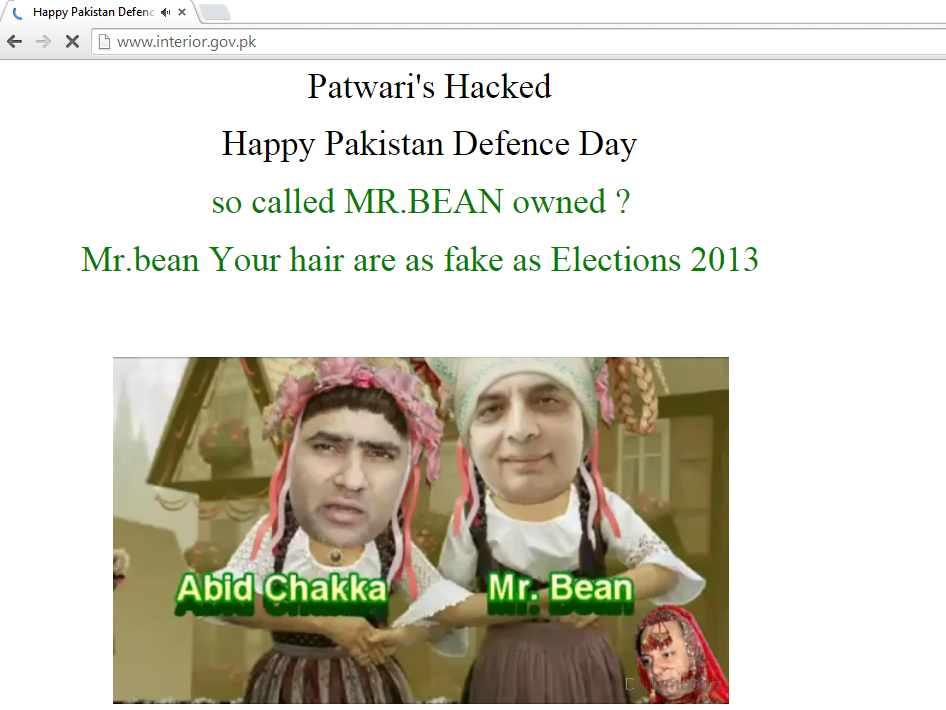 Today 6th September is the Pakistan Defence Day and it seems that on this day some of the Pakistani hackers is celebrating with there hack. Mainly on these occasion hackers of the country hacked and deface site of other countries but here something different got to see.

The unknown Pakistani hacker have hacked and defaced the official site of Pakistan Minister of Interior site (www.interior.gov.pk). On the deface page hacker have wrote the following message-

The deface page also contains the video, where users have made a comic of the Pakistan Politicians.

With the above message on deface pages shows that hackers don't like the minister of Pakistan and also teasing him.

Some what of same thing has also been done earlier also on the official Pakistan National web portal. On the Pakistan National Portal also hackers have made a troll photo of Pakistan minister and posted under the message section of the page.

It seems that these hackers is not happy with the Pakistan government or ministers and thus showing protest by hacking government sites with their comic image.

On the zone-h some one had made the mirror of the hack, with the name as ZombiE_KsA who is the popular hacker from Pakistan but is now inactive from quite a long time.
#Defaced #Hacking