Just a minutes back Microsoft Threshold event started and as expected software giants  have announced its next version of the windows i.e Window 10. Yeah.. you read right, its Windows 10, the successor to Windows 8 will officially be known as Windows 10.

Terry Myerson, Microsoft’s Executive Vice President of Operating System, unveiled the name, after saying Windows is used by about 1.5 billion people. “Windows is at a Threshold and now it’s time for a new Windows,” Myerson said at the event. “It wouldn't be right to call it Windows 9.”


As said earlier, Microsoft will take back start menu in its next version of Windows and its here.. Windows 10 will have start menu, the virtual desktops feature, the Notification Center, a flatter user interface, and even Cortana integration. also with an improved CMD and much more.

The preview which was released as leak earlier was same at the event also. The technical preview version this latest windows foe public will soon available. The next version of Windows is widely expected to arrive sometime next year.

Before giving the new name, Myerson trolled everyone by saying it would be called Windows One. Since Windows 1 has already been released though, the company chose to go with Windows 10. He did promise, however, that Windows 10 would work across all types of devices (computers, tablets, phones, and of course the Internet of Things): “One product family. One platform. One store.” 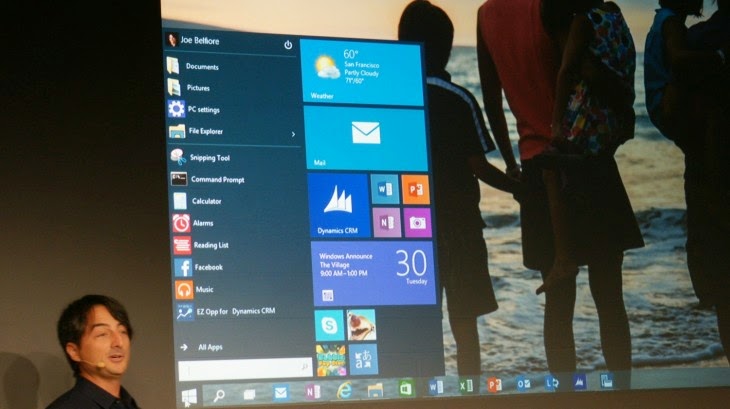 Start menu will have tiles features and users can resize it as they want. More interesting thing is that, you can make a web search without opening the browser.

Stay tuned with us for more updates on Microsoft events..