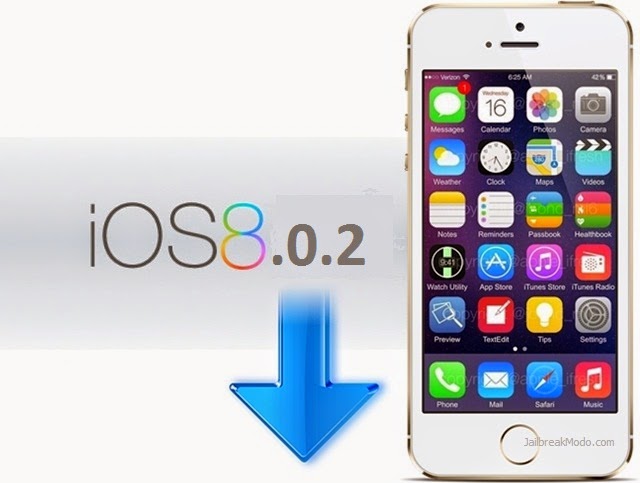 A day before many iPhone users from worldwide had reported that they are having a network and Touch ID  problem on their iPhone device after updating its firmware to iOS 8.0.1. After getting so many report Apple have immediately taken out the update files from its server, and start working to fix the issue.

With the quick work by Apple team, company have today released it next version iOS 8.0.2 with the issue fixed. Apple said that the new update fixes the issue in the iOS 8.0.1 update that impacted cellular network connectivity and Touch ID on the iPhone 6 and iPhone 6 Plus.

On this new iOS update, Apple had fixed a bug and make the availability of the HealthKit app on Apple apps store. Apple also mentioned that the new update also addresses an issue where third party keyboards could become deselected when users enter their pass codes. 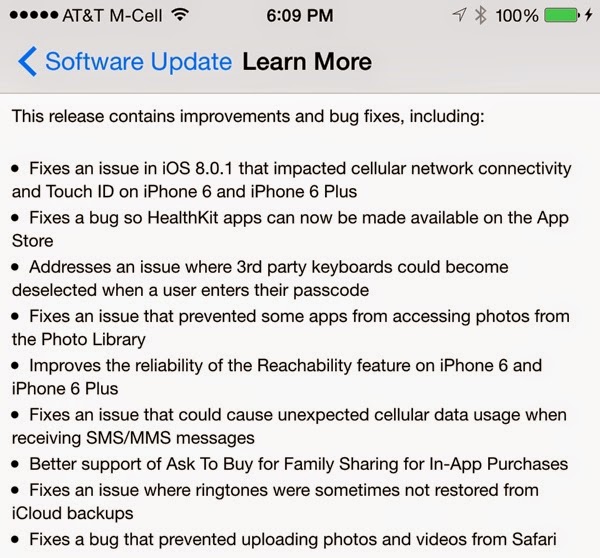 Apple says that, new update should improve the reliability of the Reachability feature on the new iPhones, and would fix an issue that could "cause unexpected cellular data usage when receiving SMS/MMS messages".

To get the update, simply plug your phone in and check for updates in iTunes or navigate to Settings>General and tap Software Update.