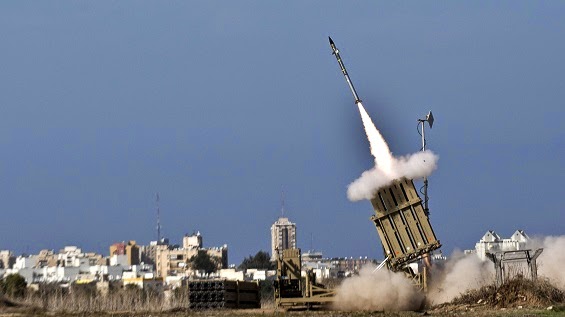 Unknown group of hackers have breached the computers system of three defense contractors that built Israel’s missile defense mechanism, Iron Dome. The investigation done by the Cyber Engineering Services Inc. (CyberESI), claims that the incident was occurred in 2011 and 2012.

On this breach hackers have managed steal large amount of data related to the technology used for building the missile shield Iron Drone. All the stolen data were highly sensitive, that includes all the details information and documentation about the Iron Drone. Hackers have also managed to steal the information about Unmanned Aerial Vehicles, ballistic rockets and the Arrow III missile interceptor which was designed by Boeing and other U.S.-based companies.

Security blogger Brian Kerbs wrote that hackers group was from China (not confirmed yet) have hacked into the system of  three defense companies in Israel: Elisra Group, Israel Aerospace Industries, and Rafael Advanced Defense Systems.

After the notify of breached Israel Aerospace Industries (IAI) contacted Israel’s authorities and took the necessary measures to prevent this type of events in the future.

On the statement speak out by CyberESI’s founder and chief executive officer Joseph Drissel stats-
“Much of the documentation stolen by the hackers contained knowledge about technology that was not developed by Israel only, but by American company Boeing, too, as is the case of the Arrow III missiles” .


“Most of the technology in the Arrow 3 wasn’t designed by Israel, but by Boeing and other U.S. defense contractors,” Drissel told the security blogger. “We transferred this technology to them, and they coughed it all up. In the process, they essentially gave up a bunch of stuff that’s probably being used in our systems as well,” he added.

Drissel also says that the system of IAI had been breached on April 2012, and the attack was from infamous chineese hackers group known as “Comment Crew”– a group of cyber warriors linked to the Chinese People’s Liberation Army (PLA).

Hackers might have used the social engineering attacks with the crafted phishing emails. After the breach of the companies system, attacker extracted all types of documents, from the emails sent by a CEO to the PowerPoint presentations containing all the necessary information about Iron Dome and other sophisticated ballistic projects.