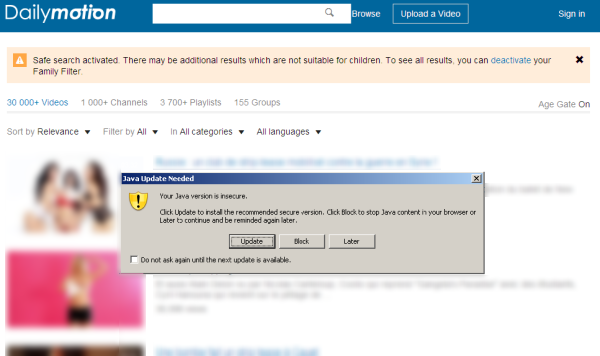 It is being predicted that, attacker targeting the large numbers of users, and Daily Motion have much amount of users traffic, as the site's Alexa rank is under 100. And as attackers have used the Sweet Orange Exploit Kit, which gives the huge amounts of traffic to its pay-per-click site.

Symantec also point out the vulnerabilities that Sweet Orange Exploit Kit exploits, which are follows-

What to DO?
Symantec probes that team is watching the malware activity since 2013, and they also mentioned that, if the users have update antivirus application, then it can easily detect the Trojan, and users are advised to keep update their antivirus application upto date.
#Malware #News #Security