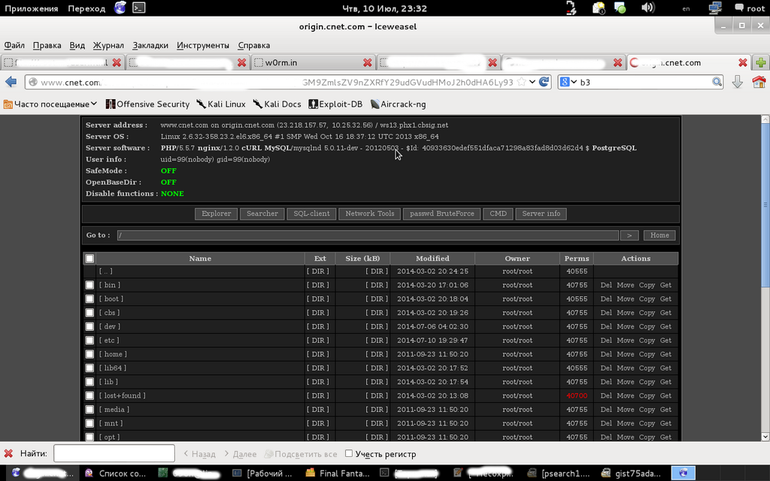 CNET, a popular technology review site has been hacked by Russian hackers group with the name 'w0rm'. On the twitter account with the handle @rev_priv8 have tweeted a screenshot claiming of having backdoor on the CNET server.

On this hack, attacker have said that he had access the CNET database and stolen the data of more than 1 million users. The stolen database contains the the information of CNET users, with username, emails, and encrypted passwords. Hacker group, communicating under the alias “w0rm,” tweeted that they were willing to sell the information for 1 Bitcoin ($620). But later on the group's spokesperson said they offered to sell the database to gain attention -- "nothing more." they will not sdecrypt the passwords.

Hackers says that had hacked the CENT server via exploiting a security hole in CNET.com's implementation of the Symfony PHP framework, a popular programming tool that provides a skeleton on which developers can construct a complex website.

A representative from CBS Interactive, which owns the CNET publication, admitted the servers had been accessed by an attacker over the weekend and said that the issue had been identified and eliminated, but they would keep their eyes on the matter.

Hackers claims that the attack on CNET was to raise cyber security awareness globally and to get ready for latest cyber attacks. The popularity of the CNET had motivated the hackers to hack the site.

Hackers also claims to have successfully hacked the BBC in late 2013, as well as earlier hacks of Adobe Systems and Bank of America websites.
#Data Breached #News #Security