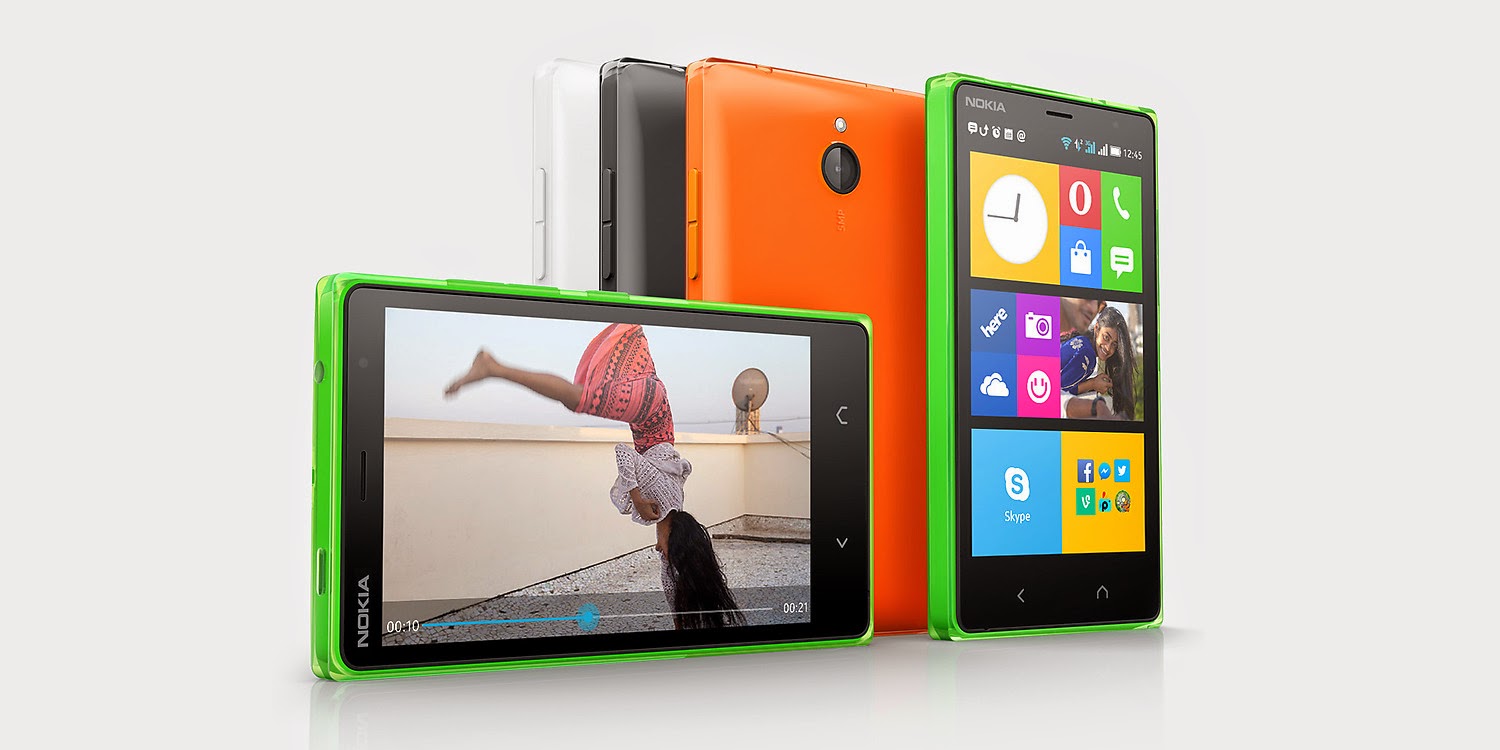 As we know that now Nokia is been acquired by Microsoft and before its acquisition Nokia have finally adopt android Operating System and launched its new Android based smartphone. Till yesterday there was no news, what Microsoft is going to do with Nokia brand, as they have not mention any kind of announcement for new Microsoft Smartphone.

But today, Microsoft has just made a new Android-based handset which is named as "Nokia X2". Yeah.. its right, Microsoft have finally announced  its first Smartphone after acquiring Nokia and that also based on Android Operating system.

The price of the phone is not that much as it only quoted €99 (Rs 8000+) before taxes and subsidies, so it is in budget.

If we have a look on the specification of the Nokia X2, its quite good according to its price value.
It have comparatively larger screen size then the Nokia X, it have 4.3inch LCD display with WVGA (800 x 480 pixels) resolution. It have 1.2GHz dual-core Qualcomm Snapdragon 200 processor along with 1GB of RAM.  Nokia X2 is feartured with the rear camera of 5 Megapixel which have the capability to record 720p HD videos at 30fps. The Nokia X2 can also playback more video formats like 3G2, 3GP, MP4, AVI, M4V, Matroska (MKV). Even with Windows Phone 8.1 update Lumia cannot play MKV files, they have to use a third party paid app for that.

For the Connectivity, it have Bluetooth 4.0, microUSB, Wi-Fi and 3G. It also have internal memory of 4GB which can be expand to 32 GB. The Nokia X2 is powered by a 3.8V 1800mAh BV-5S that is claimed by the company to last for 32days even when the Dual SIM capability is active. The phone will let you talk for 13 hours on a single charge.

You can check the Video of Nokia X2


So the above is the full features of the Nokia X2, and I personally say that, its a nice move by Microsoft and believes that this will gain a much count of users. The phone is in budget and if we see, just because of its Nokia android
#Gadgets #Microsoft #News