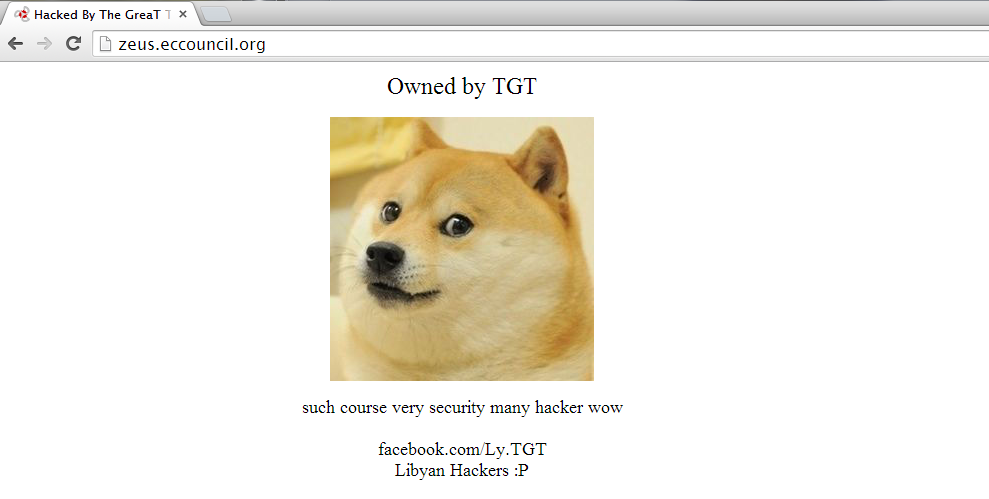 
Owned by TGT
such course very security many hacker wow

I have tried to contact with the hackers team, and in the response they have says the page allows the users to upload the PHP file. When I have asked more about the hack, they simply denies to answer and says they can't say more then this.

Hackers have not discuss the hack in details, may the PHP file upload allows the attacker to upload a backdoor on the server.

The GreaT TeAm, was the same Libyan hackers team who have earlier hacked the mailing list website of the Kali Linux, a Security pentesting operating system, specially designed for the security professional and owned by Offensive Security Team.
#Defaced