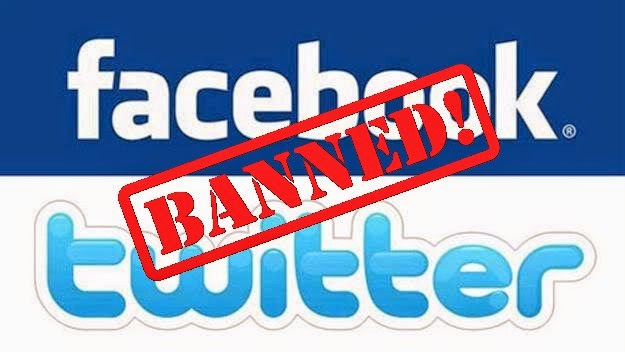 After Turkey now its turns for Russia, as Russian Internet Regulatory authority have warned that it can block the Social networking sites Facebook and Twitter. The decision is came up with the Russia found itself of strangling the Internet in the country.

On the Interview Russian media, the deputy chairman of Roskomnadzor agency (The Federal Service for Supervision of Communications, Information Technology and Mass Media), Maksim Ksenzov said that:


“We can block Twitter or Facebook in Russia tomorrow within a few minutes, if at any point we believe that the consequences of ‘switching off’ social networks will be less significant than the damage done to Russian society by the unconstructive position of the leadership of international companies, we will do what we have to under the law.”

Earlier week, Russian President Vladimir Putin have restricted the freedom on internet by signing a agreement with the famous bloggers to register with the federal government.


According to The Hill reports,  Russian parliament has imposed new restrictions on bloggers with more than 3,000 Twitter follows and made moves to limit social media sites like Facebook and Skype. With the new law all the site admin are notified that there respective site will be banned over the country until they move there server to Russia. The law also asked the commitment from the site owners to keep the data and information about Russian users for at-least Six months.

It seems that freedom on internet is getting off due to Government. Earlier same things happen with Turkey also, as a leaked video tape of government makes the Social network dead over Turkey. On the other hand tech companies like Facebook, Google, Twitter and so other are fighting for freedom in Internet.
#Censored #Internet #News