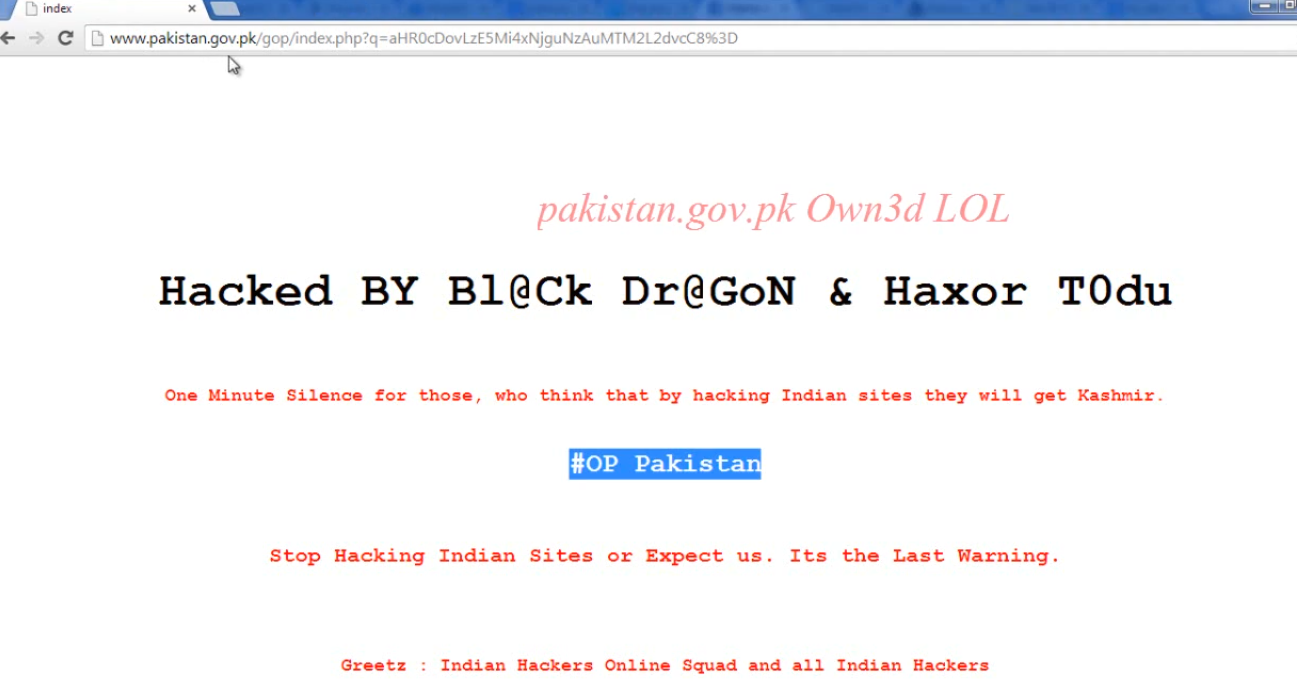 It's the worst day for Pakistan's cyberspace, as their National domain have got hacked. We have noted that there could be a cyber war between Indian and Pakistani hackers, and on the eve of this, some Indian hacker groups have made an event called as #OpPakistan.

Along with this hackers have also hacked the site of the Cabinet Ministry of Pakistan (http://cabinet.gov.pk) and Pakistan Railways (www.railways.gov.pk/). All these sites were hosted under the same server and seem that hackers have gained access to the Pakistan Government server.

On the deface page hackers wrote a message

After reading the deface message left by the hackers, says that Indian hackers are trying to make fun of Pakistani hackers. Hackers have also warned Pakistan hackers not to hack Indian sites.

After the hack, all the hacked sites are taken down, but now the sites have been restored and working fine. It is not been clear yet how hackers have managed to gain access to the country's server, but we are trying to make contact the hacker for updates on this hack.

Earlier Pakistani hackers have also targeted Indian National Domain. It seems that the Country National site is not secure. The national domain acts as a country mirror, but the authority and country IT team is not making their server or site much more secure.

Last day, the same hacker defaced one of the sub-domain of Oracle via JavaScript injection.
#Defaced