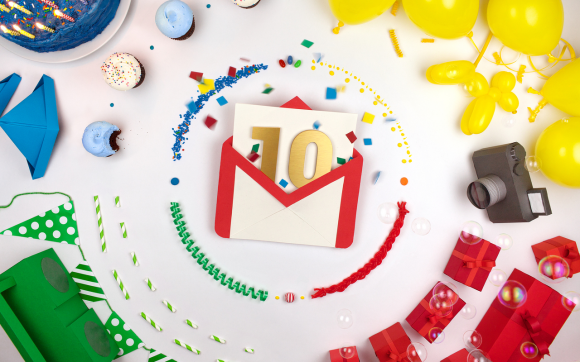 On today date only 1st April, Google have announced its mailing service "Gmail". This year 2014, Gmail have successfully completed his 10 years of journey. In today's date Gmail is a service that has since become one of the world’s major email clients.

Earlier everyone thoughts that its a joke, another April Fools Prank by Google, as search giants always celebrates every occasion with its users. But it wasn't.!! Unlike many other email clients out there, Google treated this one as an app rather than a site. In an effort to do something different than its competitors, Google built Gmail in a way that didn’t require to reload the entire web page for every action.

At the initial stage Gmail was a invite only product and very few of them have access to it. The storage was limited to 1GB, so Gmail was only showing the most recent messages, while the interface included just a few basic options, like a rich text editor. Even so, Gmail was giving users about 500 times more space than its competitors what Microsoft’s Hotmail was offering.

But till date, Gmail is one of the top email clients for any individual or a business users. Today GMail offer 15GB of storage including sharing of the files from other Google products like Google+, Google Drive, etc...

One of the most important event for every business, service providers which is connected via internet is "Security". At the initial days the term security is not much concentrated as like today's. As technology getting beyond the boundary Security concerns getting more important and in today's date it is place at the first position in the working list of any organisation. 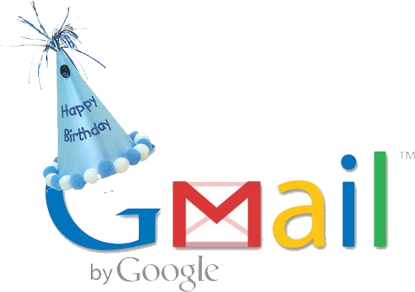 With this evolution also Google, successful in keeping the smile on its users face and also giving their best to its users. At June 2012 Google claims that it have more than 425 million active users. This figure was of year 2014, and now can imagine what was its current users.

Time to time  Google have updates its products with new security measures and always belief that its Users privacy is the first and important task for the organisation / Google team. Just last month Google have implemented the Secure SSL connection by defaults for all users and mention that all the mails, received or send will be Encrypted while travelling within its server and data-centers.

We should thanks Google for giving such a awesome mail clients.
Happy Birthday Gmail... !!!
#Gmail #Google