Google Working in Redesigning icon of its Android App

According to reports that are getting from the source, it is being says that Google is redesigning it Android icon and giving its flat design. The new icon will have flatter look and will be more organised. It is being predicted that the new design will be revealed at Google I/O in June.

According to the Android Police, the new design will be referred as "Moonshine" and would see Android icons having a flatter appearance, with shadows following prominent elements. One of the sources of showcasing the new icons appears on a Google Partners page on the desktop-based web. 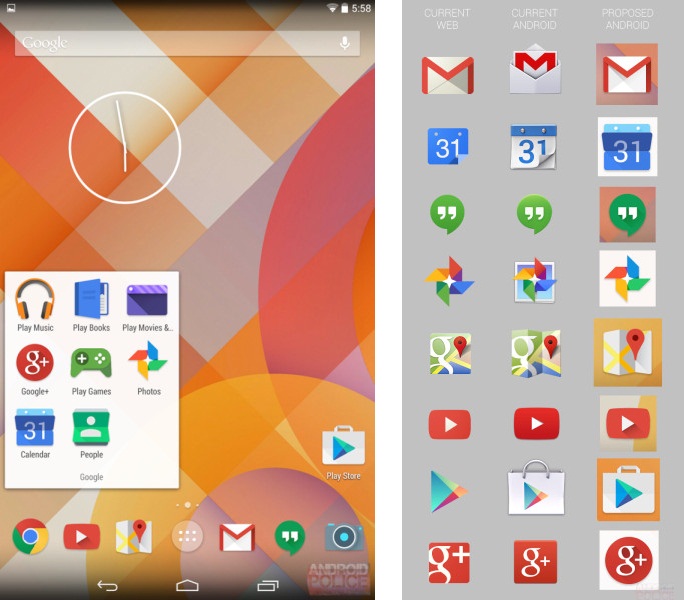 Reports stats that, Google Play Books, Play Games, Play Movies, Play Music, Gmail, YouTube, Play Store, Chrome, Hangouts, Photos, Google Maps and more will be the main thing for the change and will get the flatter look. Developer may also bring some changes to its interface and can also change the Language, which give whole new look to Android.

Earlier last year Google have launched a new look of its mobile app for Android and iOS platform. The new redesigned app offers customized layouts, improved performance and simpler navigation for users. The app also gets a new feature called 'story cards', and allows users to customize the font size and look from light to dark. The internet giant adds that the revamped look offers “simplified navigation and improved integration with Google feedback located in the menu at the top right.”
#Android #Google