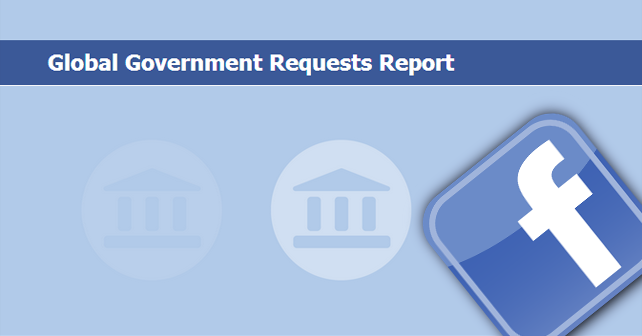 Today Facebook revealed the data which stats the numbers of request Facebook received from Law Enforcement and Other Government agencies. In the second half of the last year, the figure was 28,147 which effects the 38,256 users accounts.

As Facebook have only revealed its first report in August 2013, and with the figure comparing second half of last year are slightly higher than those for the first half. For all of 2013, Facebook thus saw 53,754 government requests impacting a potential 66,101 accounts. This figure is approximately same with other internet giants, Google, Microsoft and Yahoo.

Facebook says on the today's post that company not only receiving the request for the account information but also about government requests to restrict or remove content from its service on the grounds that it violates local law.

Regarding this Company puts a straight forward statement stating that-


Facebook’s mission is to give people the power to share, and to make the world more open and connected. Sometimes, the laws of a country interfere with that mission, by limiting what can be shared there.

The request is for account information or is for content removal, Facebook says it reviews each request to make sure it is legally sufficient. Just like almost every other tech firm, the company says it pushes back on requests that are overly broad, vague, or do not comply with legal standards.

Additionally with this scenario Facebook once again notified all its users about the alleged surveillance efforts by the US government in other countries.
#Facebook #Internet #News