If you are AOL mail users then you might noticed that your mail has been used for Spam purpose. Actually this is not only from you, many of the users have reported that there account have been hacked. Actually Aol Mail was hacked affecting an untold amount of accounts that were seemingly spoofed.

Aol team have said in the statement that they are working on resolving the issue. Additionally, AOL twitter @aolmailhelp was flooded with the query and the request for the help, AOL have check this page for more information on this. 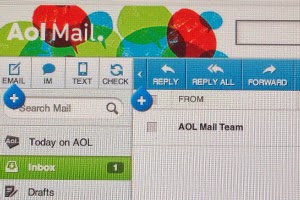 directed the people to

According with the AOL it believe that the issue is with the 1 per cent of  the users and they expected to resolve it soon.

The issue seemingly first occurred three days ago. Attackers are sending the spaming mails from the AOL  mail addressed  and you might have received on your mail inbox. It recommends not to open the link on the mail. The hack seems widespread, although Aol has yet to comment on the scope of the incident.
#AOL #News #Security