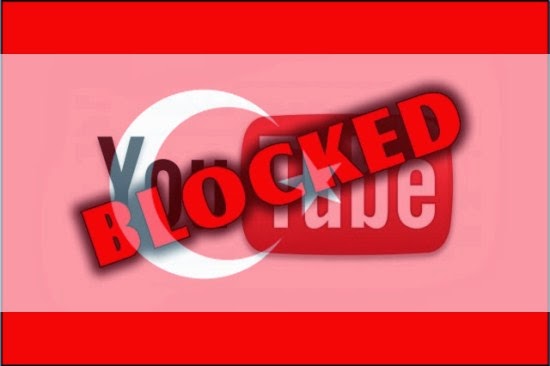 As earlier this week Turkey government have blocked Twitter, after it was used to expose alleged government corruption. Twitter have about 10 million users from Turkey and as per the today's stats Turkey ranks No. 8 in active users worldwide.

But now Turkish government also blocked YouTube over the country. This is because a leaked voice recording that suggests that Prime Minister Tayep Erdoganorchestrated the release of Baykal's (former Republican People's Partyleader) sextape in 2010.

This may the worst week for the Turkish people that one by one all there social networks is getting out of reach. Many of the users still using VPN service for accessing twitter as authorities have blocked Google free public DNS also.
#News #YouTube