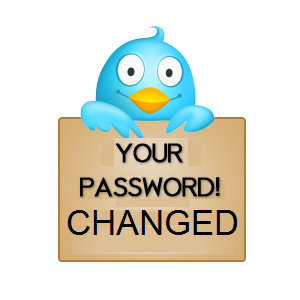 If you are Twitter users and if you have got the mail related with the password change or notification of changed password, then don't be worry, you have not been hacked. This was the system error from the Twitter side that has occurred last day.

Twitter says that, they have recently encountered a system error in which about 1% of the twitter users have been affected. The error was on the password recovery system of twitter, which automatically reset a bunch of users password, along with the notifying mail.

The effected users who received the mails reads,


“We unintentionally sent some password reset notices tonight due to a system error. We apologize to the affected users for the inconvenience.”

Firstly may some twitter users have freak out of this changed, but its nothing just a system error from Twitter side.

Previously, Last year Twitter got hacked, in which about   15,000 twitter users information were leaked publicly, which includes the login credentials. So if you have also got the mail, then just follow the steps and make changes on your accounts.